A Central Reserve Police Force (CRPF) trooper was killed on Sunday when militants opened fire at a CRPF camp in Pulwama district.

According to the reports, the militants threw grenades on a CRPF camp at Kakapora area in south Kashmir on Sunday evening.

The attack was successfully repulsed by the security forces. However, in the terror attack, head constable Chandrika Prasad got injured. He was rushed to a nearby hospital for medical treatment where he succumbed to his injuries.

The security forces cordoned off the entire area and initiated searches. 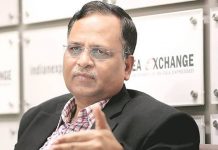 No possibility of lockdown in Delhi: Satyendra Jain 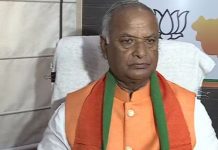