A major Border Action Team (BAT) action has been foiled along the Line of Control (LoC) in Jammu and Kashmir’s Naugam sector by killing two intruders who are likely Pakistani soldiers, the Army said in a statement on Monday.

“Pakistan has been asked to take back the bodies,” Army added.

An Army spokesman said, “Army foiled a major BAT attempt to strike a forward post along the Line of Control in Naugam sector in the early hours of Sunday.”

He further said that the intruders attempted to come in by exploiting the thick jungles close to the LoC and were assisted by heavy covering fire of high-calibre weapons such as mortars and rocket launchers from the Pakistani posts. The movement was however detected by the vigilant Indian Army troops deployed along the LoC.

The fire-fight initiated by Pakistan was given strong retaliation by the Indian Army and the intense exchange of fire continued the whole night.

In the morning, the Army launched a search operation and confirmed that two men, suspected to be Pakistani soldiers, have been killed.

The other intruders managed to escape across the LoC under the cover of Pakistani firing and low visibility induced by the bad weather.

The Army also found a huge supply of weapons, which indicated they intended to carry out a gruesome attack on the Indian Army forward post in Naugam sector.

According to the spokesperson, search operations are still underway at the sector to sanitise the area.

“The intruders were wearing combat uniforms like the regular Pakistani forces and were carrying supplies with Pakistani markings which further reinforced the assessment. Some intruders also seen in old pattern IA uniforms as part of their deception strategy,” the army said.

The intruders were well-equipped with improvised explosive devices IEDs and inflammable material.

“The Army’s resolve to keep a strict vigil along the LoC and defeat all such nefarious designs of Pakistan would continue to remain firm and consistent,” the Army said in a statement.

“We will ask Pakistan to take back the bodies of the deceased likely Pakistani soldiers since Pakistan did provide full covering fire support to these intruders,” it said. 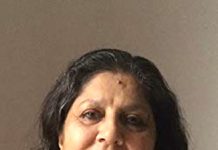