Muhammad Parvez, a college student, was detained by Army personnel during a routine checking in Mendhar border area.

Parvez was travelling in a car, when officials during frisking of vehicles near Harni village found a licensed pistol along with a magazine and seven live rounds from his possession and detained him for further questioning.

“Seven cartridges, a magazine and other items were seized from the man, who is being questioned,” the officials said. 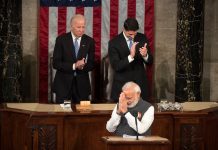