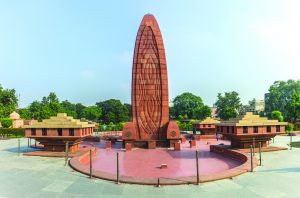 Troops of the British Indian Army, under the command of Colonel Reginald Dyer, had fired on civilians who had gathered at Jallianwala Bagh for a peaceful protest on April 13, 1919 and scores of people had died.

The Punjab assembly has unanimously passed a resolution seeking an apology from Britain for the massacre. Punjab’s parliamentary affairs minister Brahm Mohindra, moved the resolution.

The resolution said “The tragic massacre of innocent protesters in Jallianwala Bagh in Amritsar on April 13, 1919 remains one of the most horrific memories of British colonial rule in India. This shameful military action against locals peacefully protesting against the oppressive Rowlatt Act has since received worldwide condemnation,” the resolution said.  “However, its proper acknowledgement could only be by way of a formal apology by the British government to the people of India as we observe the Centenary of this great tragedy,” the resolution said.

“This August House thus unanimously recommends to the state government to take up this matter with the government of India to impress upon the British government to officially apologise for the massacre of innocent people at Jallianwala Bagh,Amritsar, “ the resolution said. Opposition parties AAP,SAD-BJP and Lok Insaaf Party supported the resolution.

In the centenary year of the Jallianwala Bagh Massacre and to commemorate the tragic event, Punjab Government on Friday decided to build a memorial in Amritsar with soil from all the 13,000 villages of the state to eulogise the immense contribution of Punjabis in the national freedom struggle.

The decision got the go-ahead from the Chief Minister during a meeting the State Level Implementation Committee regarding Centenary Commemoration of Jallianwala Bagh Massacre here.

The Rural Development and Panchayats has been designed the nodal department to coordinate with the Panchayats of the nearly 13,000 villages across the State for this cause. The Chief Minister has also asked the Deputy Commissioner Amritsar to identify a strategic spot in the city, where a suitable memorial would be erected with the soil brought from these villages. In a unique tribute to the martyrs of Jallianwala Bagh carnage on the centenary commemoration of the tragic event, the government of Punjab is planning to build a memorial in Amritsar with the soil from 13,000 villages in the state.

An official note issued by the Chief Minister’s office stated that the Rural Development & Panchayats have been designated as the nodal department to coordinate with the villages Panchayats all across Punjab for this noble cause.

Chief Minister Capt. Amarinder Singh has asked Amritsar Deputy Commissioner to recognize a strategic spot in the city where the memorial could be constructed with soil brought from all the villages. He also asked the Cultural Affairs and Tourism Department to get involved with the Arts and Cultural Heritage Trust, which had made the Partition Museum at Town Hall in Amritsar to conceptualize and plan the monument.

The official note further said, “The CM has urged the Principal Secretary Cultural Affairs to coordinate with all the related departments to ensure a grand function at Amritsar on 13th April, 2019. Capt. Amarinder has also directed the ACS Home to make detailed security arrangements to ensure hassle-free access to the public for paying respects to the martyrs at the Memorial. He said the devotees visiting Sri Darbar Sahib must not be put to any type of inconvenience caused during the centenary commemorations”.

Besides building the memorial, Punjab CM suggested that the School Education Department should include a chapter in its syllabus on the Jallianwala Bagh massacre in order to “imbibe the spirit of nationalism and patriotism amongst the students.” Capt. Amarinder also asked the ACS Higher Education and Secretary School Education to conduct seminars, symposiums, declamation contests & panel discussions on the different aspects of the tragedy.

Capt Amarinder has directed the Cultural Affairs and Tourism Department to engage with the Arts and Cultural Heritage Trust, which had created the Partition Museum at Town Hall, Amritsar, to conceptualise and plan the Jallianwala memorial.

The Chief Minister has asked the Principal Secretary Cultural Affairs to coordinate with all the concerned departments to ensure a grand function at Amritsar on April 13, this year.

Capt Amarinder suggested that the Department of School Education should include a chapter in its curriculum on the Jallianwala Bagh carnage to imbibe the spirit of patriotism and nationalism amongst the students.

Apprising the Chief Minister about the decisions taken by the State Level Implementation Committee, Tourism and Cultural Affairs Minister Navjot Singh Sidhu said that with a special focus on the Jallianwala Bagh massacre, the Art and Culture Heritage Trust would organise a Heritage Walk in the old Amritsar town, in addition to an exhibition depicting some known and unknown facts about the massacre. Apart from these, an exhibition would also be held in 10 cities of the state to highlight the saga of the Indian freedom struggle.

It was also informed in the meeting by the Principal Secretary Cultural Affairs that a coffee table book on Jallianwala Bagh was being prepared with the help and guidance of Punjab Lalit Kala Academy. A two-day Jallianwala Bagh centenary Lit-Fest would be organised in GNDU Amritsar and dramas in Hindi and Punjabi would be organised by North Zone Cultural Centre in association with National School of Drama.

Will United Kingdom tender an apology for the Jallianwala Bagh massacre is to seen but surely it will sooth the feelings of people and provide a balm over the wounded psyche of Indian population. Punjab government has acted in right direction but UK is to show its sincerity and tender an apology. 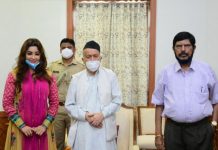