The man who accused the previous UPA-II regime of unleashing ‘tax terror’ on foreign investors now finds himself in the doldrums. After being charged with a similar allegation, finance minister Arun Jaitley had to publicly clarify that that there was a difference between a country that discourages ‘tax terrorism’ and one that refuses to be taken for a ride and behave like a ‘tax haven’. He added that the ‘fairness’ of NDA-II was ‘partly misunderstood’ and legitimate taxes ‘must be paid’ by everyone, including the foreigners.
A government, which claims that it was business-friendly and would restore India’s credibility among investors, finds itself with its back towards the wall. After 100 tax-related notices for $5 billion were sent to foreign institutional investors (FIIs), which buy stocks on Indian stock exchanges, they collectively challenged them. Experts contend that while FIIs may be targeted now, nothing stops the taxmen from going after the other foreigners. They fear that this is a back-door entry of the controversial ‘retrospective’ tax.
In the recent past, the income tax department has slapped claim notices on FIIs — and their value may double to $10 billion — to question why they should not pay the minimum alternate tax (MAT) on their incomes. MAT is applicable to all the Indian firms, and many of the foreign ones too. Only those foreigners who operate through tax havens such as Mauritius, Singapore, Isle of Man and Virgin Islands, manage to escape its clutches.
The issue that the two UPA and NDA governments have grappled with — albeit in vain — for the past 15 years is how to tax foreign firms, including FIIs, which operate in the country, but don’t pay any tax on their Indian earnings. More importantly, they exploit the existing legal loopholes to avoid tax payments in their home countries. Thus, they emerge as zero-tax companies. For a decade, the taxmen have tried to force these foreigners to pay the taxes. For a decade, the four regimes failed to plug various policy gaps.
Several grey areas rise again from the slew of fresh notices. The first relates to MAT, which was introduced in 1987 and then re-introduced in 1996, when P Chidambaram was the finance minister in the United Front regime. The idea was to get rid of zero-tax companies, which earned huge profits and took advantage of the various incentives and exemptions to avoid corporate taxes. The idea was that all the profitable Indian companies, irrespective of the several sops, would pay a minimum tax.
Over time, MAT became applicable on foreign firms. In a 2010 order, the Authority for Advanced Ruling, which pre-empts future tax disputes, said that foreign companies, which had a ‘permanent establishment’ in the country, would fall under the ambit of MAT. Hence, they would have to pay taxes on their Indian incomes. In recent times, and specifically in Budget 2015, all the FIIs — now rechristened as foreign portfolio investors — which are registered with the stock market regulator, SEBI, need to pay MAT.
But how will the government distinguish between FIIs, which have established places of business, which have to pay MAT, and those that merely act as the Indian ‘fund managers’ of offshore funds, and don’t need to pay?
Related to MAT is the issue of DTAAs, or Double Tax Avoidance Agreements, which India has signed with several nations, including the tax haven countries. As per them, the foreign firms can claim tax benefits and not pay any tax in India, as long as they do so in their home countries. The catch is that most FIIs, and other foreigners, are registered in tax havens like Mauritius, which in a bid to woo the former, do not levy any taxes on them. Therefore, these become zero-tax firms, and India feels cheated as they earn huge incomes. So can the national MAT override the clauses of an international bilateral agreement?
The scenario becomes more complex and opaque if one considers the issue of Participatory Notes (PNs). Although its definition is hazy, PNs are part of ‘offshore derivative financial instruments’ that are issued by the SEBI-registered FIIs to other foreigners. To directly invest in Indian stocks, the registered FIIs share information, including the sources of their funds, with the regulator. SEBI also has the right to take action against them.
However, most of the foreigners, like hedge funds, which wish to invest in the Indian stock markets, find the process cumbersome. These funds wish to be nimble, i.e., enter and exit fast, secretive, i.e., not disclose their investors, and stay away from trouble, i.e. not be dragged by any nation’s laws. Hence, they use the PN route to invest in a country. PNs, and other similar instruments, are issued by registered FIIs to these hedge funds, which provide the money that they want to invest in specific Indian stocks.
It is the mysterious nature of PNs that has made the policy makers and regulators to look at them in a suspicious manner. A 2005 government report said, “In recent times, the anonymity afforded by the PN route has led to three concerns about the desirability of PNs…. (It) has given rise to concerns that some of the money coming into the market via PNs could be the unaccounted wealth (stashed abroad) of some rich Indians camouflaged under the guise of FII investment. The money might even be tainted and linked with such illegal activities as smuggling and drug running.”

MK Narayanan, the former National Security Advisor, was more specific. In 2007, at a conference in Munich, he claimed, “Instances of terrorist outfits manipulating the stock markets to raise funds for their operations have been reported.” The intelligence wings felt that most of this money came through PNs. In 2010, the white paper on black money said, “It is possible to hide the identity of the ultimate beneficiaries (of PNs) through multiple layers which is also evident by going through the orders passed by SEBI in some cases. The ultimate beneficiaries/investors through the PN route can be Indians and the source of their ­investment may be black money generated by them.”
Over the years, SEBI has forced registered FIIs to disclose information about PNs, especially the amount invested and the main beneficiary, within 10 days. It has also punished FIIs, which have not done so. Still, PNs comprise a huge percentage of foreign money that is invested in the Indian stock market. How will the government tax these huge earnings?
Now combine all these elements — MAT, DTAAs, and PNs — and what one gets is a combustible tax mixture. So, by logic, the FIIs and other foreigners need to pay MAT. The FIIs have to pay it on the long-term capital gains – the difference between the price at which they purchased and sold the Indian stocks — as short-term gains were exempt from it. (Long-term gains are on stocks held for over a year.) Budget 2015 has exempted FIIs from MAT on long-term gains, but it will be applicable from April 2016.
The DTAAs with tax havens like Mauritius allow foreign entities registered there to remain zero-tax companies; they need not pay tax, including MAT, in India or in Mauritius. This explains why most of the FIIs are registered in tax havens; even the PN holders have a base in such nations. By the structure of the instrument, PN holders have nothing to do with the Indian laws; only the FIIs need to report the use of PNs to the market regulator.
However, the tax authorities feel that this is a win-win situation for the foreigners. If they have legitimate operations in India, they should pay tax in the country. Only in extreme cases can they pay the tax in their home countries. They cannot be allowed to take the benefit of DTAA, where they pay no tax anywhere — India, tax haven and home country. Hence, the FIIs are liable to pay MAT until 2016, and for the past several assessment years.
For the FIIs, this seems to be the return of the ‘retrospective’ tax, which was introduced by the former finance minister, Pranab Mukherjee, proved to be controversial, was severely criticised by Jaitley, and rejected by NDA-II. The taxmen can ask the FIIs to pay taxes on incomes they have earned in the past 5-6 years. Global bodies like the European Fund and Asset Management Association and Asia Securities Industry and Financial Markets Association have raised the tax notices issue with the finance ministry. They say that the move “may act as a strong deterrent for foreign investment in India.
Sudhir Kapadia, National Tax Leader, Ernst & Young, claimed, “The current action… results in overriding the favourable capital gains tax provisions in India’s treaties with countries such as Mauritius and Singapore.” Ketan Dalal of PricewaterhouseCoopers felt that this proved that India was a country “where pleasant (tax) surprises seem to be the norm.” Another expert said that this might lead to endless litigation, as was the case with Vodafone.
More importantly, Jaitley was caught on the wrong foot. He, along with other BJP leaders, has claimed that this regime has made life easy for investors. Recently, the NDA-II announced that it would not pursue a case in a higher court, if a foreigner has got a favourable order from a lower court. In his last Budget, the finance minister said that his regime does not believe in ‘retrospective’ tax. But the tax notices to FIIs prove that this government — like the previous one — can be accused of tax terror, bullying investors, and creating chaos.
editor@tehelka.com 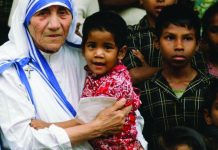 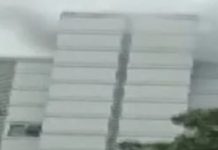 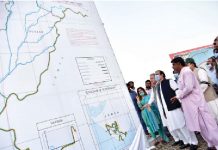