In the final phase of the four phase municipal elections in Jammu and Kashmir, the voter turnout was recorded at 4.2 per cent till 4 pm on October 16.

At the end of all four phases, the state recorded an aggregate voter turnout of 35.1 per cent.

Officials said that the counting for the four-phased polls will be done on October 20.

Polling began at 6 am amidst stringent security arrangements at 308 polling stations in the twin districts of Srinagar and Ganderbal.

Srinagar District recorded a mere voter turnout of 4.0 per cent.

Out of 2.42 lakh voters in 24 wards of the Srinagar Municipal Corporation, only 9,678 (four per cent) turned up at heavily-fortified polling stations.

Among the four polling phases, maximum voter turnout of 56.7 per cent was recorded in the first phase in the state.

The least voter turnout was registered in the fourth phase touching 4.2 per cent only. 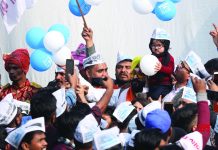 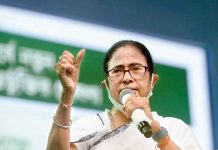