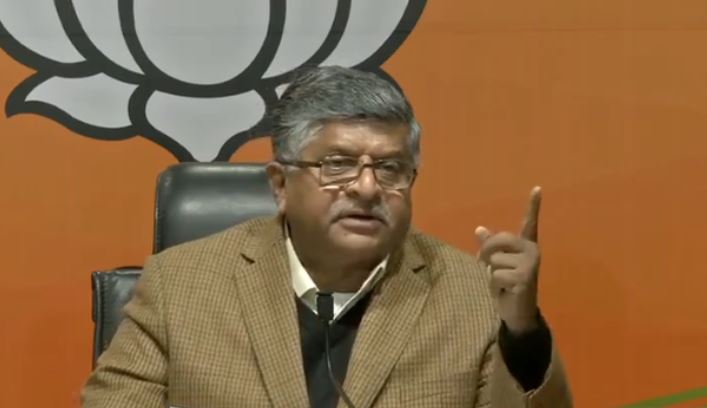 Addressing the press conference, Prasad said, “BJP has emerged as the single largest party in Jammu and Kashmir. BJP got 74 seats, National Conference got 67 seats, PDP got 27 seats and Congress got 26 seats. The party got so many votes that if you combine the total votes of NC, PDP and Congress, still it will be less than that of BJP.”

“The people of Kashmir have recognized the difference between those who rule and those who work. People have seen that Jamhuriyat can knock at their door with development. People’s belief in democracy has emerged,” Prasad said.

“The people of Jammu and Kashmir has given a resounding slap to the separatists. Kulgam witnessed 78.9% voter turnout, Shopian had 70.5% of the votes polled and Pulwama, where the public did not go out, recorded 7.4% voting, where the Panchayati elections of 2018 had witnessed only 1.1% votes, Prasad added.

Voting for District Development Council polls was held in 280 seats of the union territory. The People’s Alliance for Gupkar Declaration, an alliance of mainstream J&K based parties including National Conference, People’s Democratic Party has won more than 100 seats but the BJP has emerged as the single largest party with 74 seats. The Congress has won 26 seats, whereas independents won 49 seats.