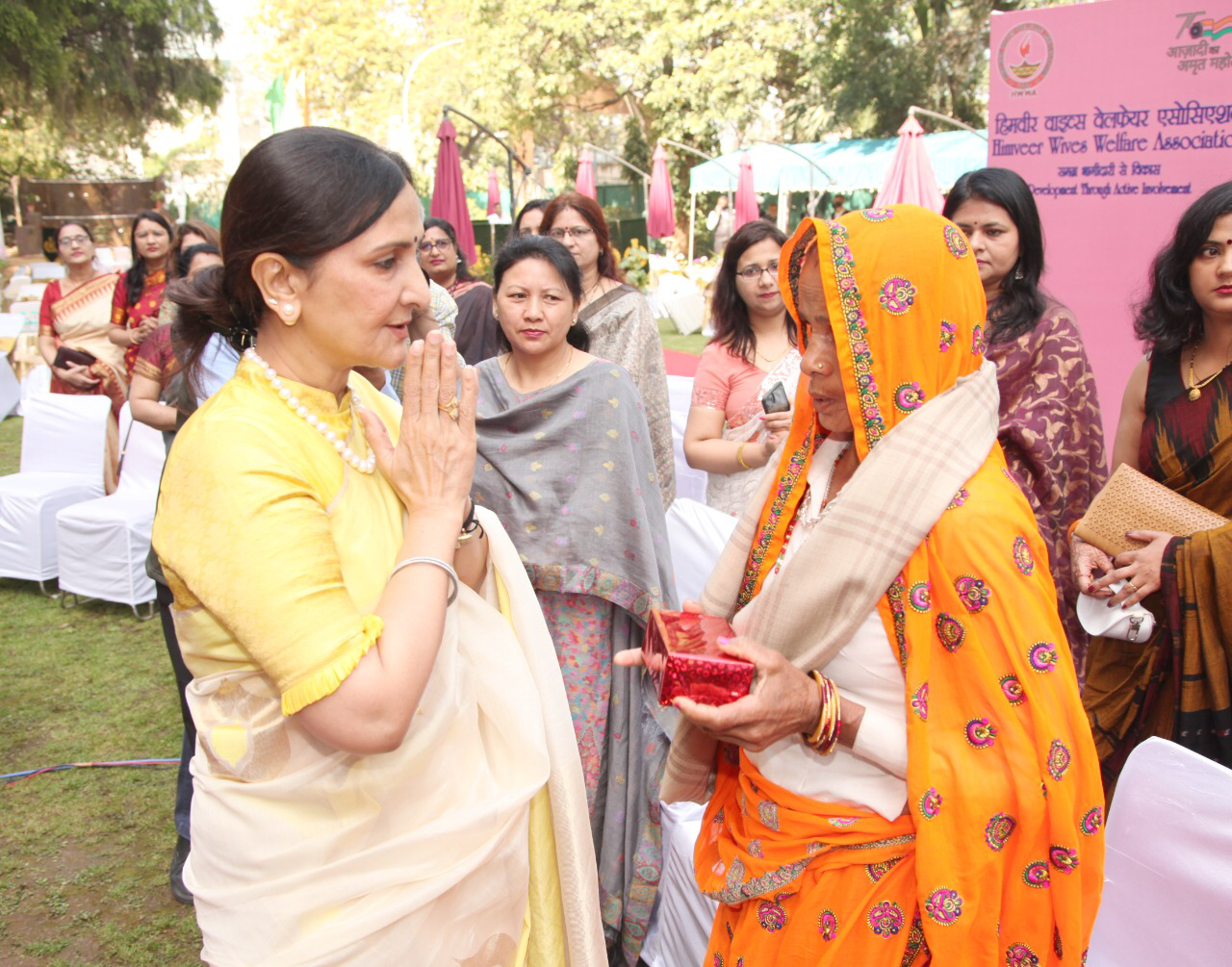 In the series of multiple programmes held to celebrate the ‘Azadi Ka Amrit Mahotsav’ to commemorate the 75th anniversary of Independence, the Himveer Wives Welfare Association (HAWA) the welfare arm of the Indo-Tibetan Border Police (ITBP) organized a special felicitation ceremony at ITBP Headquarters, New Delhi on Saturday.

On this occasion, a presentation was made on ‘Digital Literacy’ and an online debate competition based on women empowerment was organized for the Force families. Cash prizes and certificates were given to the members/ family members who secured first, second and third positions in the debate. All the participants were given participation certificates.

The event was telecast live on digital channels of the HWWA and ITBP and families and personnel of the ITBP viewed the programme live across the country.

While addressing the gathering Arora said that, “Any kind of problems and complaints can be sent through these smart phones through the digital platform to the grievance redressal mechanism which will be taken up immediately. She said that these smartphones will be given to every ‘Veer Nari’ of the Force in the coming days and the HWWA will always be supporting the martyr families.”