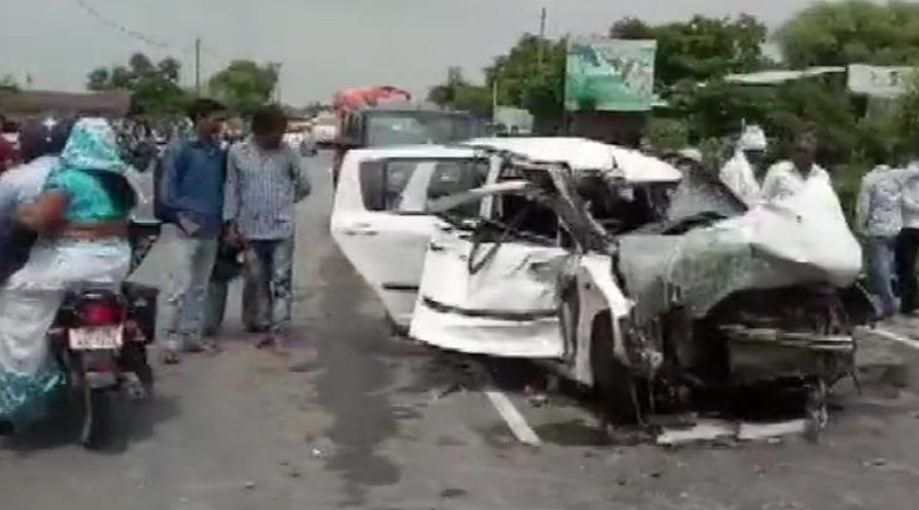 The mother of Unnao rape survivor has termed the Sunday’s accident a conspiracy to wipe out her family.

She accused BJP MLA Kuldeep Sengar for the accident and said it was intended to eliminate the survivor.

Sengar is an accused in the rape case. He was arrested on April 13 last year.

The woman, who had accused BJP MLA Kuldeep Sengar of rape sustained extensive injuries in a car crash and is in a critical condition. The crash in Raebareli has left two of her aunts dead – one of them was a witness in the rape case and the lawyer is also in hospitalised.

The rape survivor mother has asked for CBI probe into the incident.

According to the reports, the truck that hit the car had its registration plate scrubbed with black paint.

Police said that they have arrested the truck driver and the owner.

“So a woman is allegedly raped by a BJP MLA. Her father is beaten up and dies in custody. A key witness dies mysteriously last year. Now her aunt who was also a witness is killed and her lawyer is critically injured in an accident caused by a truck with blackened number plates,” Priyanka said in a tweet.

“Priyanka further said, “She herself lies grievously wounded in hospital from the same accident. The accused continues as a BJP legislator, and the BJP State Government has the audacity to run a “’fear-free Uttar Pradesh” campaign???”

“Does it have no moral duty towards its citizens anymore or was that never on its agenda anyway?” she added.

The mother had alleged that BJP MLA Kuldeep Sengar raped her daughter in 2017.

The man who makes soap froth