According to sources, the raids are underway at various locations including Bhopal, Indore, Ahmedabad and a few locations in Maharashtra as well.

The sources in the IT maintain that the raids are being carried out following a tip-off about tax evasions by the group.

Dainik Bhaskar group is one of the largest media group in the country with more than 60 editions operating in a dozen states in multi languages. 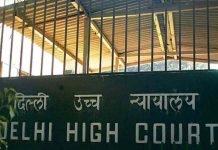