Was becoming an actor a childhood dream?
I grew up in Shillong but finished my schooling from Bishop Cotton Convent School in Bengaluru. During my days in boarding, a lot of avenues for co-curricular activities opened up and I developed a strong inclination towards them, sports and drama alike. But at no point did I see myself becoming an actor or a model.
How did Bollywood happen then?
Coming from an academically inclined family, I moved to Mumbai for my graduation and was planning to become a chartered accountant. It was during this period that I began doing commercials. Soon I started getting calls from casting directors for auditions, but I wanted to be ready before embarking into films. So I took a two-year break after completing college. I did my share of apprenticeships, workshops and institution enrolments during this time. Once I felt confident, I began auditioning for films and that is how City Lights happened.
What kind of preparation went into performing an intense role in City Lights?
I play Rakhi, a docile rural woman from Rajasthan, who is very different from what I am in real life. In order to undergo that mental transition, Hansal sir sent us to Pali in Rajasthan for three weeks, where we spent time with the locals to observe their conduct and learn their language.
A lot has been said about you landing the role merely by your association with Rajkummar Rao. Sexism at work?
Absolutely! It is always easier to point fingers at women. How often do you see male actors being trashed for making debut alongside senior actresses? But I was mentally prepared for this and it does not bother me. Even though people have failed to acknowledge the fact that I auditioned over six times for this role, I am confident that I have done a good job. Filmmakers like Hansal Mehta and Mukesh Bhatt don’t cast someone simply for the merit of being the lead actor’s girlfriend!
Are you having pre-release jitters?
I feel really confident about the film. On a more personal level, I am afraid of sitting at home, being unproductive. As much as I value my two years of immense struggle, I would not want to re-live them. 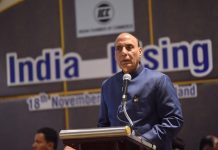 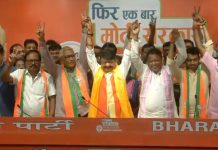