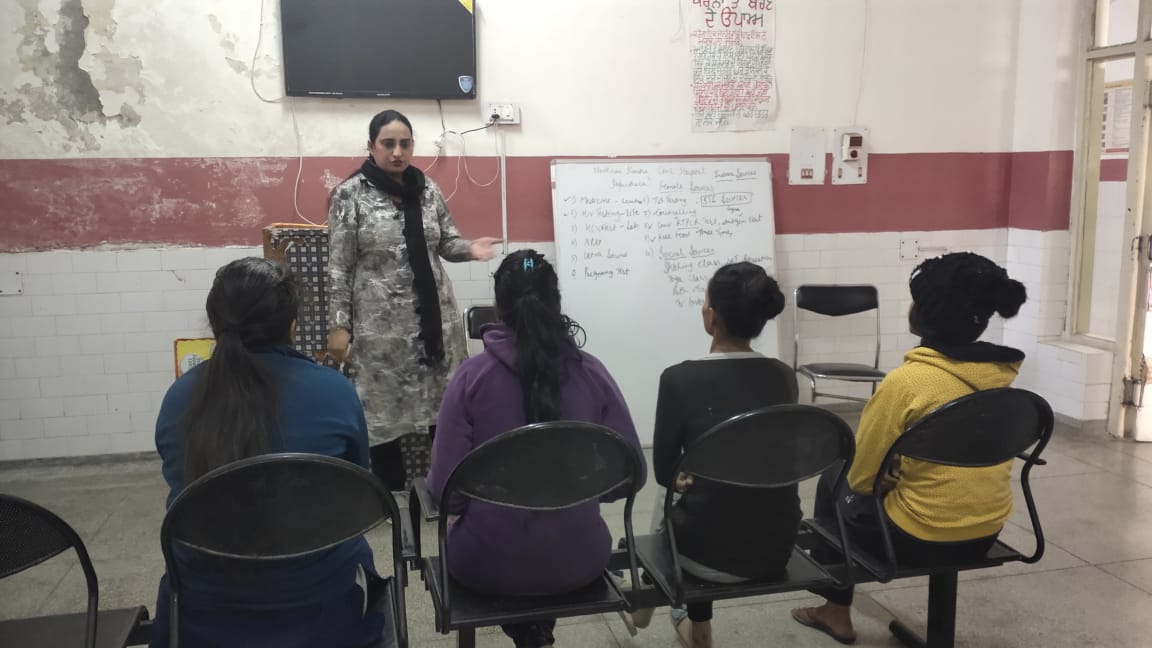 Though women form a significant percentage of state’s addicts, they are yet to make it to the official data as a recordable figure. Dedicated de-addiction treatment, rehabilitation plans are needed for the women battling addiction, assault and stigma, writes Aayush Goel

In its long battle with drugs and addiction, Punjab has been struggling and failing on one front: the addiction among women.

Though women form a significant percentage of state’s addicts, they still have to make it to the official data as a recordable figure. Battling addiction, assault and stigma, the women addicts eagerly await dedicated attention, tailored rehabilitation programmes and their execution while they waste away in this tryst with addiction.

“Though it is not much talked about but addiction in woman is a major challenge in state. They are not just addicted but are simultaneously infected with diseases like HIV or/and Hepatitis. The key challenge is not just to make dedicated programs but get the affected women to seek help. We have time and again run programmes like dedicated centre for woman, or doorstep counselling and treatment but nothing could last too long, and it is back to square one”, says Dr Sandeep Bhola, Psychiatrist and Deputy Medical Director, Health Department, Punjab.

In a recent meeting with Punjab Chief Minister Bhagwant Mann, it was highlighted that though the number of women addicts in Punjab was much higher, but only three per cent had been enrolled for treatment.

Though when contacted, Harsuchetun Kaur, state programme co-ordinator of National Mental Health Programme, said that data was not available in public domain, a 2018 study by the Postgraduate Institute of Medical Education and Research, Chandigarh, places the figure at close to 0.1 million. The study titled “Epidemiology of substance use and dependence in the state of Punjab”, by the faculty of PGIMER, published in March 2018 in an indexed international journal, says that in Punjab, almost 4.1 million people have been found to be using one substance or the other (licit or illicit) at least once in their lifetime. Among the lifetime users, 4 million were men and around 0.1 million were women. Number of people dependent on any substance in their lifetime was 3.2 million, with 3.1 million men and 0.1 million women.

Opioids (heroin, smack, crude opium, poppy husk etc) were by far the most commonly used illicit drugs in the state. As per the study, 2,02,817 males and 10,658 females were found to be ‘lifetime dependent’ on opioids. Interestingly, while 1,56,942 males were found to be ‘currently dependent’ on opioids, the figure of females was 10,658, which the experts believe is “alarming” and needs to be addressed urgently as there is apparently zero rehabilitation.

Apart from the PGIMER study, the Punjab Opioid Dependence Survey (PODS), 2014-15, which exclusively focussed on opioid dependence, found 1% of females to be opioid dependants.

Based on analysis of the data, and after projecting these figures to the total population of the state, the size of opioid-dependent population in Punjab was estimated at 2,45,401.

“I had a love marriage and my husband made me start chitta. He is a big farmer and we have two children. Soon my health began to deteriorate. Initially, he would get medicines from chemist for me and when things went downhill I was brought to centre. I took treatment but in no time returned back to addiction. My health worsened I could not stay off drugs, could tell nobody and face shame. However as my health went out of control I got admitted here. I have been diagnosed with Heaptists and HIV. They say they will cure me but I am scared if I will live or not. If I ever get out I will never return to my husband as he will make me start it all over again. I wish I came here earlier,” says 25 year old Harleen Kaur (name changed). Harleen is admitted to Punjab’s lone woman only drug de-addiction centre in Kapurthala and in conversation with Tehleka reveals plight of many like her. Though never profiled, but women addicts come from all walks of life and age groups. While Harleen is from the luckier lot who could make it to rehabilitation centre, social stigma, state of denial and lack of exclusive facilities has kept majority away from seeking help.

A detailed research by health authorities in collaboration with Alliance India, an NGO,  in 2019/20 identified following as key reasons behind women vulnerability to addiction.

Structural barriers
Childcare
Lack of services for pregnant women
Lack of women-only facilities
Lack of any facility in vicinity
Lack of harm reduction programmes
Social, cultural and personal barriers
Stigma, shame and guilt
Fear of losing custody of children
Lack of support from family
Substance use as solution rather than problem

Waking up to the menace, the health department has ordered reservation of 5 to 10 beds each for women in government-run 50 bedded de-addiction centres at five districts. The orders though comes with own logistic challenges, is a ray of hope for many. But is it enough? Probabaly not.

It’s not that the state has never got an answer but ‘One-stop integrated model for women who use drugs in Punjab’ popularly known as Kapurthala model of outreach and de-addiction programme, proved to be an instant success in state in 2019 but was discontinued in December 2020. This special program was launched as pilot project in Kapurthala and reached out to over 240 women drug addicts. As per the figures of the project in December 2020, 241 who used drugs, had been registered in the programme. Around 150 of these were involved in sex trade, about 46 have been admitted to Navkiran Kendras, 16 were found to be HIV reactive, 50 women were found to be Hepatitis C reactive. Shockingly, one-third of them were injecting drugs, and they claim that they have been initiated into the habit by their husbands.

However while it was discontinued in the state and was lost in files with change of government, it has been adopted in countries like Nepal and Indonesia and working wonders there. This model was accepted for replication in all SAARC countries battling with drug menace. It focuses on developing a comprehensive health and human rights-based model recommended by WHO.

“This Kapurthala model has been extremely successful gender-sensitive harm reduction programme which has been replicated in Asian countries. It was started on pilot basis in Kapurthala and had dramatic impact on lives of women addicts. Not just addiction but holistic treatment was provided for any other incurred ailment. We need special outreach programmes like this which encourage and bring women out from addiction hotspots”, Kunal Kishore, the then associate director (drug use and harm reduction), Alliance India, said while talking to Tehelka.

Proposal for revival of Kapurthala Model

As per the proposal pending with the state government for almost two years it should revive the Kapurthala model. This One Stop Integrated Program for Women who use Drugs in Punjab was planned to be implemented in whole of the state.