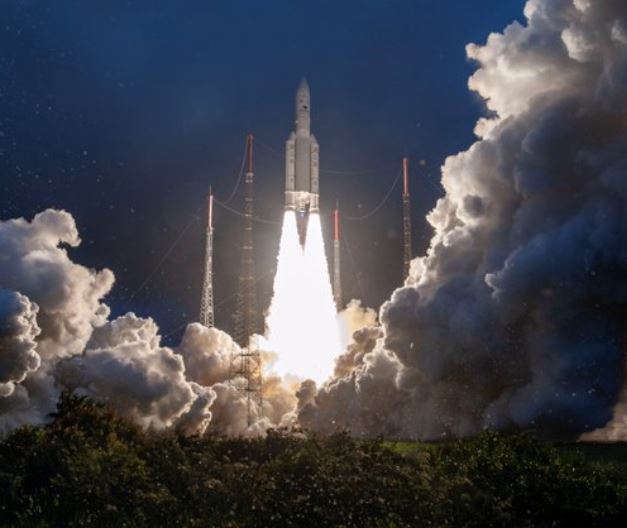 India’s high-power communication satellite GSAT 30 was on Friday launched onboard Ariane 5 rocket from French Guiana in the early hours of Friday.

He said, “A strong start to 2020 as #Ariane5 successfully deploys its two satellite passengers – EUTELSAT KONNECT and GSAT-30 – into geostationary transfer orbit! I appreciate the trust from the two customers on this mission: @Eutelsat_SA and @ISRO #VA251 #MissiontoSuccess.”

“Flight #VA251 marked another #Arianespace success for @ISRO, with a total of 24 spacecraft orbited for #India’s space agency. Thanks for your continued confidence on today’s #MissiontoSuccess,” he added.

Weighing 3357 kg, GSAT-30 is to serve as replacement to INSAT-4A spacecraft services with enhanced coverage.  The satellite provides Indian mainland and islands coverage in Ku-band and extended coverage in C-band covering Gulf countries, a large number of Asian countries and Australia, it said.

The designed in-orbit operational life of GSAT-30 is more than 15 years, it added.