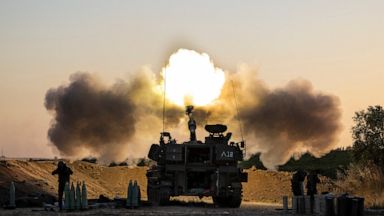 A truce between Israel and Hamas took effect early Friday morning, hours after both sides agreed to end more than 10 days of fighting that claimed hundreds of deaths of civilians including children.

The cease fire, mediated by Egypt, began at 2 a.m. in Israel — 7 p.m. Thursday in the Eastern United States — as people on either side of the divide watched nervously to see whether it would hold.

Each side said it stood ready to retaliate for any truce violations by the other. Cairo said it  would send two delegations to monitor the ceasefire.

Prime Minister Benjamin Netanyahu’s office announced on Thursday evening that his security cabinet had voted consistently to accept the Egyptian proposal, and officials of Hamas, the militant group that controls Gaza, confirmed that it, too, had accepted.

US President Biden lamented “the tragic deaths of so many civilians, including children,” and lauded Israeli and Egyptian officials. Noting that he had spoken with Mr. Netanyahu six times during the crisis, he said, “I commend him for the decision to bring the current hostilities to a close in less than 11 days.”

He vowed to marshal international resource to rebuild Gaza, adding, “we will do this in full partnership with the Palestinian Authority — not Hamas, the Authority — in a manner that does not permit Hamas to restock its arsenal.”

Since May 10, Hamas has fired rockets into Israel, and Israel has bombed targets in Gaza. Sirens sounded in Israeli towns bordering the Gaza Strip in the minutes after the Israeli announcement, indicating that militants were continuing to fire rockets as the cease-fire approached.

There has been intensive mediation between Hamas and Israel, which do not talk to each other directly, by several nations, amid growing international pressure to stop the fighting, and both sides have said this week that they were open to a cease-fire.

The Israeli aerial and artillery campaign has killed more than 230 people in Gaza, many of them civilians, and badly damaged the impoverished territory’s infrastructure.

More than 4,000 rockets have been fired at Israel from Gaza since May 10, killing 12 people, mostly civilians.