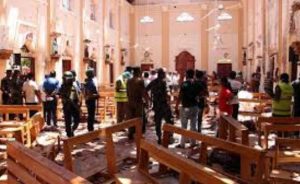 Islamic State has claimed responsibility for coordinated bombings in Sri Lanka which killed over 300 people and injured about 500 others, sources said on Tuesday.

Earlier, US intelligence sources had said the attacks carried some of the hallmarks of the Islamic State militant group.

A series of powerful blasts ripped through three churches and as many luxury hotels in Sri Lanka on Easter Sunday shattering a decade of peace in the country.

The blasts targeted St Anthony’s Church in Colombo, St Sebastian’s Church in the western coastal town of Negombo and another church in the eastern town of Batticaloa on Sunday morning as the Easter prayers were in progress.

Three explosions were reported from the five-star hotels.

Meanwhile, 40 suspects, including the driver of a van allegedly used by the suicide bombers were arrested in connection with the attacks so far. 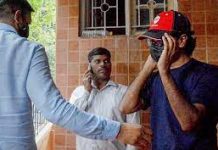