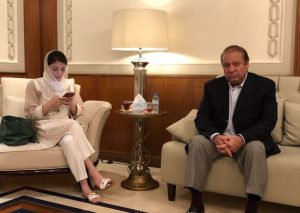 The court’s decision came after former Prime Minister Nawaz Sharif and family filed petitions against their conviction in the Avenfield case.

Earlier on July 6, Nawaz Sharif and family were sentenced to ten, seven and one year by the Islamabad Accountability Court.

The judgement to suspend the jail term of Nawaz Sharif and family was passed by a two-judge bench comprising Justice Athar Minallah and Justice Miangul Hassan Aurangzeb.

Nawaz Sharif and his daughter Maryam Nawaz were arrested upon their arrival in Pakistan from London on July 13 and filed appeals challenging their convictions in the case on July 16 in the Islamabad High Court. 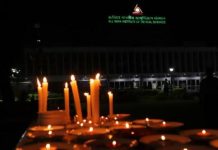