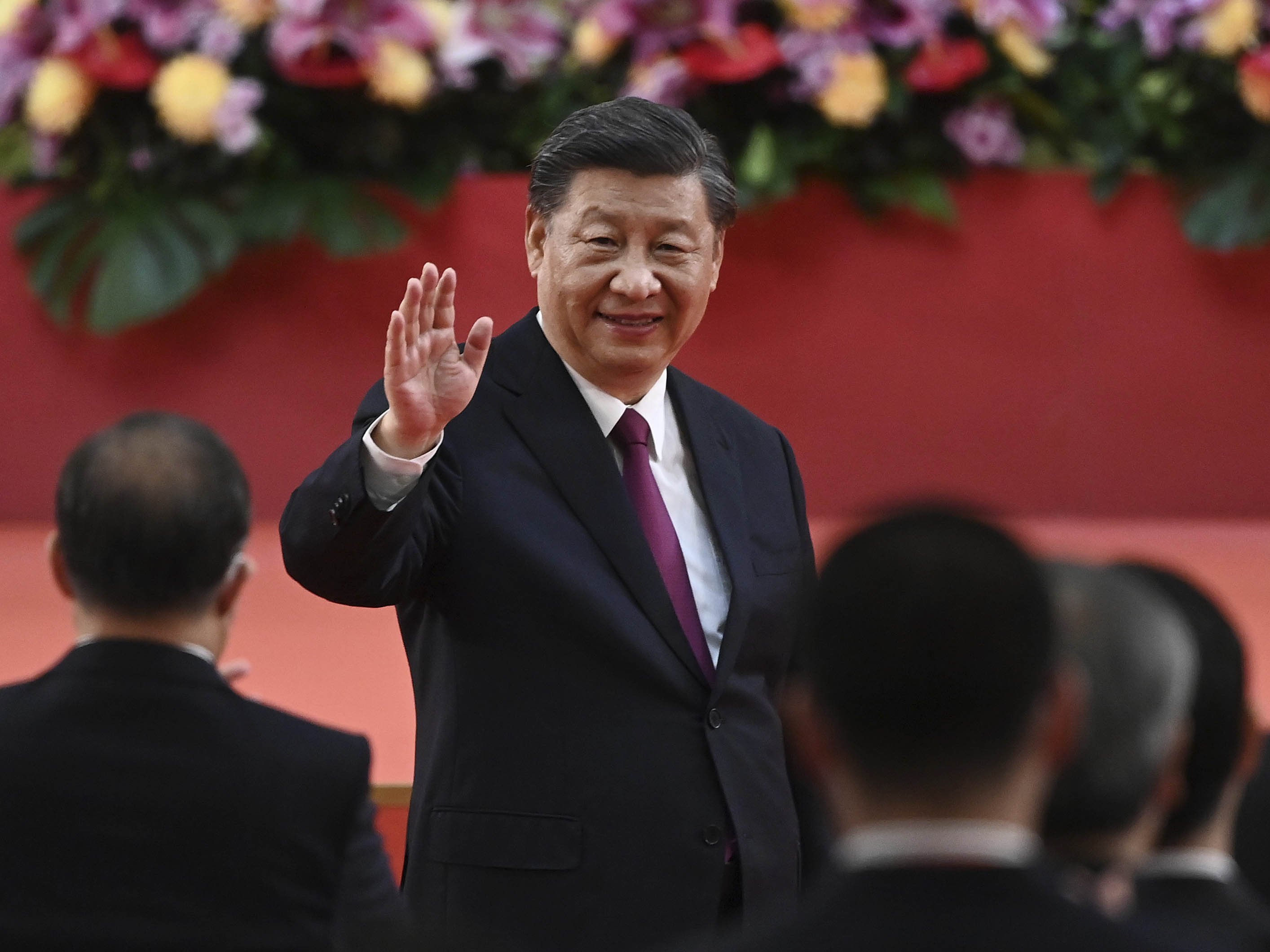 In a bid to project himself a strong nationalist, President Xi Jinping may resort to muscle-flexing against Taiwan. China may not assault Taiwan which has a US nuclear shield, but resort to aggression against India on the India-Tibet’s borders.

In India, few may subscribe to a New York Times document that the visit of the US Speaker Nancy Pelosi has enraged China to encircle Taiwan, strangulating it economically, thus attempting its forced merger with the mainland. It, however, betrays the western media’s poor understanding of the Chinese psyche and tactics.

The Indians, having been quietly aware of Beijing’ coercive geo-politics for the past six decades, precisely its invasion in 1962, know that the Chinese doctrine is and has been, “Being powerful do not hesitate to unleash aggression”. New Delhi, perhaps, is rightly reluctant to accept the newspaper blaming Pelosi for the ongoing crisis..

Meanwhile, China watchers do not rule out the possibility that in a bid to project himself a strong nationalist, President XI Jinping, who is seeking a third term might resort to muscle-flexing or even initiate a limited war against Taiwan before the scheduled meeting of the party in November. The Chinese Premier, Li Keqiang, has decided to demit office later this year after serving two five-year terms. It means, he is going to usher in a new team during his third term of those only loyal to him. It appears that the domestic politics too has influenced him to resort to an aggressive war-mongering policy.

It is stated that Pelosi arrives in Taiwan in a US military aircraft, ignoring the private warnings of President Joe Biden advising her to abandon the visit. And thus, her action triggers off the Chinese anger leading to an aggressive military posturing. The situation, however, has almost reached a flashpoint; it may lead to massive flare-up if China continues its blockade policy against the island nation.

In India, knowledgeable sources are aware that if Pelosi had not visited the disputed island, Dragon could have cooked up some other pretext to launch its military activities against the island nation. The successive Presidents in Washington from Nixon onwards have never been ‘fair’ to Taiwan, which is being denied a sovereign status. Encouraged by the West’s knee-jerk policy towards Taiwan, an emboldened China may launch a full-fledged attack to annex Taiwan. The ongoing conflict is one of the six wars China has planned for the 21st century.

Credibility of the American Media

In India, the tilt of major American newspapers towards Beijing is being noticed, especially following the revelation by the US Justice department that during the past two years, the Chinese Communist Party’s proxies have been giving liberal doses of advertisements estimated to be USD 19 million to the publications. The recipients of this largesse include Washington Post, Wall Street Journal and New York Times. Therefore, few in New Delhi are surprised by the daily’s critical remarks against Pelosi.

It is also being pointed out that while the American media could blame her for the visit, they are keeping Sphinx like silence about the six wars China has planned during the current century. The document revealing the schedule of the wars has been circulated by the Chinese media. It  has spelt out the following: 1st War: “Unification” of Taiwan (Year 2020 to 2025), the 2nd War: “Reconquest” of Spratly Islands (Year 2025 to 2030), the 3rd War: “Reconquest” of Southern Tibet (Year 2035 to 2040), the 4th War: “Reconquest” of Diaoyu Island (Senkaku) and Ryukyu Islands (Year 2040 to 2045), the 5th War: Unification of Outer Mongolia (Year 2045 to 2050) and the 6th War: Taking back of lands lost to Russia (Year 2055 to 2060).

In New Delhi, the top strategic affairs experts, including diplomats, both serving and superannuated, are convinced that India should not lower her guard on the 3000-kilometers border with Tibet. It is also being stated that despite  more than dozen rounds of official talks, China has not agreed to revert to its pre-Galwan positions in Ladakh. It is also being stated that China may hesitate to finally assault Taiwan having US nuclear shield. It means, it may resort to aggression against India on the India-Tibet’s borders. The Chinese may consider their border with India could be a softer target, if compared with Taiwan. China, according to the war schedule, has planned to annex Arunachal in 2035-40, but it might invade Arunachal  even in 2022, if it is forced to soften her aggressive posture against Taiwan. .

Chinese Premier Li Keqiang will be retiring later this year, but XI Jinping has no such intention. He is being introduced in the school curriculum as a great leader like Mao Zedong. The ongoing blockade of Taiwan could also be related to his re-nomination efforts for the third time. For this, he, perhaps, is keen to project himself as “an assertive president”.

The recent reports indicate that in the domestic play of power politics within the Communist Party of China (CPC), XI Jinping has already succeeded in sidelining his opponents in the party. They include Jiang and his Shanghai Gang. It also means that he has not hesitated to eliminate even those who had supported him to reach the pinnacle of power. It appears that he has weakened them to retain his hold on the party. Earlier, Jiang and his Shanghai Gang had dominated Chinese politics. Those who are being dumped comprised the party’s powerful members who had risen to prominence due to their association with Jiang Zemin. Jiang during his tenure in Shanghai had developed an extensive political network, and after his elevation as the CPC general secretary, many of his close contacts took up prominent leadership positions at the central and provincial level. During his tenure, the power was shared by the CPC’s youth wing and the Shanghai Gang. The reports, however, reveal that he has also purged a large number of leaders in the youth wing too, who in future could have been a challenge to his leadership.

It is being observed that during the past few years, Xi Jinping has been behaving like an autocrat—quite distinct from the previous generation of leaders who were referred to as “enlightened authoritarians”. He has been resorting to an aggressive turn in Chinese foreign and security policy. It included the ending of the autonomous status of Hong Kong, and finally resetting the terms of engagement between the state and private firms in China, who could have been in touch with his opponents. XI Jinping now controls the military (People’s Liberation Army), the state-owned enterprises (SOEs), the internal security apparatus, as well as the propaganda machine.

His faction, according to the recent reports, is now well-entrenched in China’s power structure. He has already purged the party’s six most influential leaders including Sun Zhengcai, Bo Xilai, Zhou Yongkang, Ling Jihua, Guo Boxiong, and Xu Caihou. They were maligned by implicating them in unsubstantiated corruption charges.

During the past 10 years, he has now his own faction. The members of the Xi Gang are essentially party officials who have had a professional, educational, or personal connection with Xi at some point during the latter’s career – much like members of Shanghai Gang. However, he does not believe in any power-sharing arrangement between factions. Thus, XI Jinping’s ambitions have forced us to live under the threat of war.

US Speaker Nancy Pelosi’s meeting with the Taiwan President Tsai Ing-wen during the visit has been strongly condemned by China, but she appears to be trying to amend the mistakes of the previous administrations. In 1972, the then US President, Richard Nixon, had recognized China as a one-nation, but at the cost of the interests of Taiwan. Her visit to Taiwan is a bold step to assure the island nation that America stand by democracy, thus rectifying the past blunder. She is the most senior US politician in 25 years to visit Taiwan. He also asserted that “her delegation had come to make it ‘unequivocally clear’ that the US would not “abandon” the island.

Pelosi also stated, referring to the Taiwan Relations Act,  that the US abides by the “One China Policy”, but also maintains a “robust unofficial” relationship with the island. That includes selling weapons for Taiwan to defend itself. Her visit, however, is viewed by Beijing as yet another sign of support for Taiwan.

Poor nations reel under the impact of conflicts

The down-trend in the world economy continues since Covid-19 appears to have hit almost each continent of the earth. The avoidable war between Russia and Ukraine during the past six months has further eroded the hope for a fast recovery, and China’s growing belligerence towards Taiwan, an island nation in the South China Sea, has caused worldwide dismay regarding any immediate improvement in the world economic scenario. The economic crisis is already hitting the rich nations as well as the poor nations of Asia, Africa and Southern American countries. The poor with the shortage of food and energy might soon be facing existential challenges. Fragile and conflict-affected low-income economies are the hardest hit by the conflicts. China might have postponed its decision to annex Taiwan, at least for the time being, but the hope for improvement in the economy, especially related to food and energy, is vanishing with each passing day. An immediate cessation of hostilities between Russia and Ukraine; amidst these alarming situations, could have given some solace to the world economy, but the war has intensified in the Crimean peninsula, where Ukraine recently has hit a few key military establishments with the high-tech weapons received from the USA during the ongoing war.