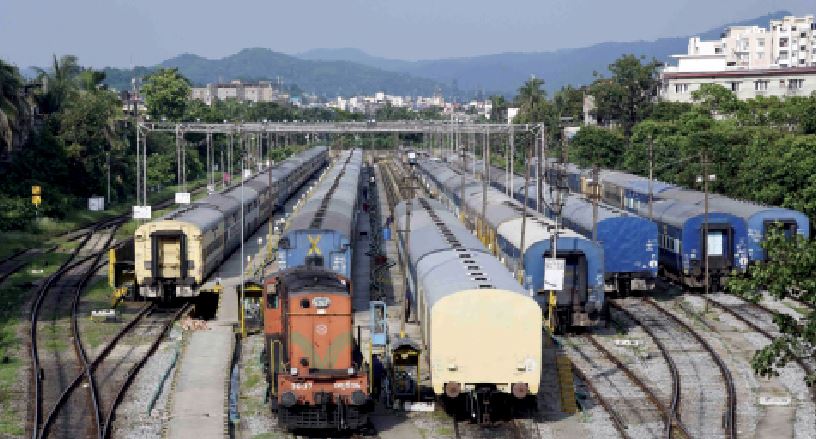 Indian Railways (IR) continues to live far beyond its means veering around eventual sickness. Caught in a low-incremental growth path trap, it continues to ignore ominous signs of ending up downhill to financial misery. Its Operating Ratio (OR), an indicator of its earnings vis-à-vis expenditure has reached the maximum leaving little or nil gap between revenue and growing expenditure that makes the behemoth financially and for that matter commercially unviable. Aided by growing demoralization and demotivation of its workforce over privatization of its assets and operations with an unprecedented reduction in employment opportunity under the present NDA Union Government, IR is on the brink of bankruptcy. If one looks at a 0.29 per cent rate of return on capital in 2019-20, the future of IR is worrisome.

Even before the pandemic induced crisis, IR was in dire financial straits. Its total capital expenditure (CAPEX) was 148,065 crores in 2019-20 rising to 161,692 crores Revised Estimates in 2020-21, further to 215,058 crores in the financial year 2021-22 Budget Estimate. Investments in IR carry high costs following higher CAPEX share through extra-budgetary resources/market borrowings. IR’s own funds have aggregated to below 3 per cent of the total CAPEX, during the last few years.

Post the pandemic induced lockdown, IR has been maximizing resource utilization and accelerating asset velocity. Yet its performance has gone down. Productivity indices of its high-value assets has been declining miserably amidst stagnant traffic throughput resulting in its pricing assets becoming chronic with its multifarious problems like bureaucratic obese structure, public service obligations in the democratic frame, warped investment priorities, empire-building by departments, capacity crunch on arterial routes, strained terminals, irrational fair and freight structures. It has lost constantly share in country’s freight and passenger traffic with growing capacity crunch.

IR’s productivity has sunk to its lowest since 2014-15 because of growing privatization, low morale of work force, increasing contractual employees, privatization of passenger and freight services on remunerative arterial routes, sale of its assets and ever increasing debt trap through market borrowing as well as multi-lateral foreign debts, besides the present government’s apathy to make the railways a meaningful national public services.

However, there is still some silver lining in that private plays are still wary over long gestation period between investments and its fructification in high capital intensive railways subject to faster rusting and corrosion and for that matter depreciation of its assets. Failure of State Governments to concur with the Central Government over unified central command of security on railways involving an amendment to the Constitution with policing and law and order being State Subject, raging turf war between Centre-States over-policing of railways, fear of people squatting over railway tracks blocking traffic every now and then over various grievances including local ones etc. are some of the major issues inhibiting private sectors in rail operations.

Privatisation of rail operations is still far off. It may be possible only when the present Constitutional democratic governance is abrogated and formal Hitlerian authoritarianism takes over.! However, other assets, logistics, production units etc. can be privatized. There is no obstacle to that.