Priyanka Gandhi’s formal entry into politics and assertion by Rahul Gandhi that the Congress will not play on the back foot anywhere, shows that the grand old party wants to capitalise on the charisma that she exudes. It also wants to capitalise on Priyanka’s resemblance to her grandmother to en cash upon Indira Gandhi’s enduring appeal. Rahul has done well in the recent past but the party was still missing the ‘X factor’ which has been key to its previous electoral victories. Priyanka has been ushered in to end that deficit. The parachuting of Priyanka Gandhi into the 2019 battlefield has caused a flutter with BJP president Amit Shah introducing a new version of OROP or One Rank One Pension targeting Congress president Rahul Gandhi and his sister Priyanka Gandhi.  Former Jammu and Kashmir CM Omar Abdullah retorted with the acronym ODOMOS-Overdose of Only Modi Only Shah.

However, Priyanka has a stiff challenge at hand. On the one side is the fully entrenched trios of Modi-Shah-Yogi and on the other the formidable SP-BSP-RLD. While the former has well-oiled machinery to rely, the latter has proved its mettle in two recent crucial by-elections. Little doubt that this combine left just two seats of Rai Bareilly and Amethi for Congress, considering Congress worthy of as many seats.   For Priyanka, it would not be easy dynastic transition but trial by fire as she takes formal charge as Congress general secretary incharge of eastern UP in February 4 after a holy dip in the river Ganges at the Kumbh Mela in Prayagraj on the occasion of Mauni Amavasya and the Shahi Snan. The territory assigned to Priyanka encompasses from Maharajganj and Kushi Nagar in the east to Dhaurahra and Kheri in west-central adjoining Pilibhit and Rampur. After failing to make a mark since1989, the party registered victories from 21 Lok Sabha seats in 2009. How the party performs post Priyanka’s entry would be watched with interest. Will the shift in the Congress strategy upset applecart of Mayawati and Mamata who were hoping to be major players to make a bid for the PM’s post? The Congress has retired bureaucrat and former associate of Mayawati, PL Punia on its side and he knows Uttar Pradesh like the palm of one’s hand. Elections in UP are a rare mix of star quality, caste math, lofty slogans and national and local issues. On oratory front, PM Narendra Modi wins hands down but the rhetoric of achhe din may be missing in this election. For Priyanka Gandhi, the Congress needs to have a reality check because a generation has emerged as voters since the days of Indira Gandhi.  For grand old party, there are roadblocks aplenty and on top of all comes the lack of organizational apparatuses. Is Priyanka factor, a masterstroke or the Shakespearean “Much Ado about Nothing”! 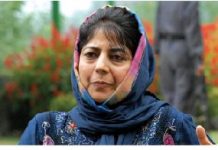