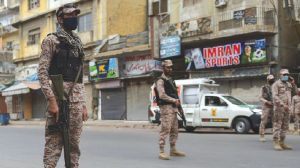 There are speculations within Pakistan as well as among the London-based Pakistani journalists that the country may be heading towards the proclamation of emergency amidst economic crisis and pandemic. With its prestige at its lowest ebb, the Pakistani army is not keen to impose martial law or sack a civilian prime minister, but seeks to invoke the constitutional provision to impose Emergency.

An unusual meeting of the Pakistani president, Dr. Arif Alvi, with the Prime Minister, Imran Khan, in the presence of the Inter-Service Intelligence (ISI) chief Lt. Gen. Faiz Hameed, held on April 20, 2020, has snow-balled this apprehension.

Under the Pakistani constitution, the emergency can be imposed, if the president is convinced of an internal as well as external threat. It will enable the army to use its power without imposing a military-led martial law.

It is quite known in the political circles that the army’s agenda to wreck the backbone of the country’s two major political outfits, People’s Party of Pakistan (PPP) and Pakistan Muslim League (N) has failed despite grooming Imran Khan, a cricket celebrity, but non-performing politician as the country’s prime minister.

It appeared rather unusual that the details of the meeting were allowed to be published in the Pakistani media with a photograph of the intelligence chief. The meeting strongly condemned the “unprovoked ceasefire by Indian forces across the line of control (LOC) and the Indian use of the corona virus to trample the human rights and further curb on civil liberties in the Indian-occupied Kashmir.”

President Alvi, a descendent of a Mohajir family, has been closely affiliated during younger years with the Sind branch of Jamait-e-Islami Pakistan. Since the outbreak of the Covid-19, he has been quietly trying to persuade Ulema’s not to crowd mosques during the holy month of Ramadan. He according to various media reports has not succeeded so far. In spite of his orthodox Muslim background, he could only get assurance that the Muslim priests above the age of 50 will not join the congregations; but will they agree. Maybe, in this context, the anti-India rhetoric could be the main excuse to impose the proposed “civilian emergency.”

In such high-profile meetings, the army chief, General Qamar Javed Bajwa, is normally present, but he chose to depute, his confidant, Lt. Gen. Hameed, to represent him.  It is now being stated in many quarters that the meeting may be an effort to impose martial law under the civilian constitutional framework. It may give a fresh lease of life to Imran Khan, a favorite of the armed forces, who was groomed for the country’s leadership during the past 22 years. Earlier, it was rumored that his mentors at the GHQ (army head-quarters) were expecting him to quit the office on his own, especially when the Army imposed lock-down against his official stand. 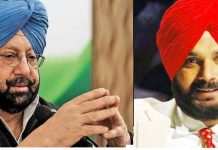 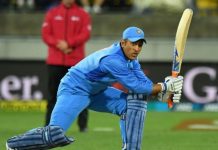