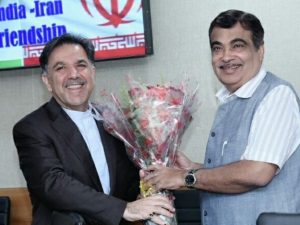 Iran will handover the strategic Chabahar port to India within a month for operation and maintenance as per an interim pact, Iranian Minister of Roads and Urban Development Abbas Akhoundi said on Thursday.

Abbas Akhoundi is in India to participate in the Mobility Summit by Niti Aaayog on the invitation of India government.

The Chabahar port is easily reachable from India’s western coast and is progressively seen as a counter to Pakistan’s Gwadar Port located at distance of around 80 kms from Chabahar.

Akhoundi after a meeting with his Indian counterpart Road Transport and Highways Minister Nitin Gadkari said: “We have already moved one step frontward…We must introduce a banking channel to India, which we already did it and fortunately has been formally accepted by the Indian side”.

When asked about the USA’s intervention in India’s oil imports from Iran, Iran Minister said, India and Iran relationship is indispensable for region and we are looking at ways to work together. USA is an outsider in region so the insiders should come together & continue friendship.”.

In December 2017, the first phase of the Chabahar port was inaugurated by Iranian President Hassan Rouhani. “The routes of the region should be connected on land, sea and air,” Hassan Rouhani had said at the inauguration ceremony. 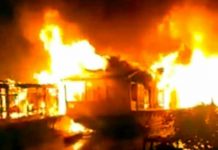