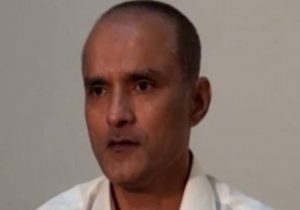 The International Court of Justice (ICJ) will start the final round of hearing to decide India’s appeal against Khulbhushan Jadhav’s execution from February 18 to 21 next year in The Hague.

Jadhav, 47, was sentenced to death by a Pakistani military court on charges of spying and being involved in sabotage activities in Balochistan province in April 2017.

A press statement issued on by the UNs’ principal judicial organ on October 3 said that the hearings will be streamed live on the court’s website and UN Web TV, the UN’s online TV channel.

India moved the ICJ in May 2017 against the verdict. Jadhav’s execution was halted on India’s appeal pending the final judgment in the case.

Both India and Pakistan have already submitted their detailed pleas and responses in the ICJ.

In its submission to the ICJ Pakistan claims that its security forces arrested Jadhav from the Balochistan province in March 2016 after he reportedly entered the country from Iran with the intention of spying and carrying out sabotage activities.

However, India approached ICJ for “egregious” violation of the provisions of the Vienna Convention on Consular Relations, 1963, by Pakistan in the case.