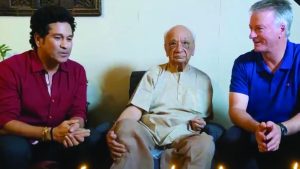 ◆ Through the newspapers he followed Nayudu on the tour to England in 1932.

◆ He bought his first copy of Wisden (1933) to see Nayudu’s portrait in it. Nayudu was one of Wisden’s Five Cricketers of the Year and the first Indian to feature in this prestigious list.

◆ At the age of 13, he was all excited to watch the Indian players in action. The first Test on Indian soil — at the Bombay Gymkhana.

◆ The seating capacity of the Bombay Gymkhana was around 35,000, and all the lower-end tickets were sold out. When it was his turn to buy a ticket after waiting in a long queue, he was told that there were none available in the price range he was looking for.

◆ Dejected. The dream of watching the historic Test was over.

◆ He returned home, only to be surprised by his father’s gift. First row sofa tickets for the Test match for him and his brother, Madan.

◆ Against Jardine’s team he saw Nayudu captain India in the first ever Test match to be played on Indian soil.

◆ His first-class cricket career was brief. He opened batting for Bombay (Mumbai) & Baroda in the Ranji Trophy, and was a reserve of the Hindus in the 1941 Pentangular Tournament.

◆ His younger brother Madan was also a Bombay cricketer.

◆ The highlights of his cricketing career was when he shared the field with C.K. Nayudu. He also  got a chance to share the dressing room with Lala Amarnath, Vijay Merchant, and Vijay Hazare.

◆ Not even in his wildest dream did he ever imagine that one day he would be playing cricket with the greatest cricketer India has ever produced.

◆ Once his playing days were over, he donned a cap of different nature and built up a successful career as a Chartered Accountant.

◆ However, cricket remained his first love and he continued his life-long affair by writing on the summer game and its characters. Even though he switched to chartered accountancy later, his love for cricket never faded. He wrote books on cricketers — Victor Trumper, CK Nayudu, LP Jai. And was also one of the founding members of the Jolly Cricket Club. Even though memory plays truant these days, Raiji still makes it a point to watch cricket on television.

◆ At the end of his playing career, he turned to writing, and is the author of several works on early Indian cricket. He is an accountant by profession and has authored two books on the subject.

◆ On the death of B.K.Garudachar in February 2016 he became India’s oldest first-class cricketer. He lives in Walkeshwara area of South Mumbai.

◆ In the nine first-class fixtures that he featured in, Raiji has never scored a century, but he has in life. The oldest living Indian first-class cricketer, who was born on January 26, 1920, has turned 100 years old.

◆ A resident of Walkeshwar in South Mumbai, Raiji, who was a batsman, played for Bombay and Baroda before joining his family business of chartered accountancy.

◆ Vasant Naisadrai Raiji born on January 26, 1920 in Baroda turned 100 on January 26, 2020. He celebrated his 100th birthday attended by Steve Waugh, Australian Captain from 1997-2004 and Sachin Tendulkar, regarded as one of the greatest batsmen in history of cricket and highest run scorer of all time in international cricket.

◆ After the meeting Sachin, tweeted “Wishing you a very special birth birthday, Shri Vasant Raiji. Steve & I had a wonderful time listening to some amazing cricket stories about the past. Thank you for passing on a treasure trove of memories about our beloved sport”. 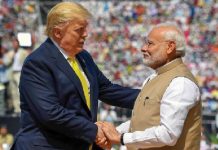 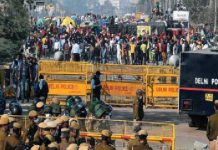