Ahead of annual Amarnath Yatra that is going to commence on June 28, the intelligence agencies have issued specific security alert after gathering information on the infiltration of 20 militants looking to carry out terror attacks on the pilgrimage.

According to sources, terrorists have sneaked into the valley in two groups affiliated to Lashkar-e-Taiba (LeT) outfit from Pakistan-Occupied Kashmir and they could even attack Kangan area.

“We do not want to leave anything to chance. It was a misfortune that militants succeeded in targeting a bus last year but we are making all out efforts to ensure that it is a smooth sailing this year,” a senior police official said.

“We have formed a two-pronged strategy to ensure pilgrims are not affected by these kinds of incidents,” the official added.

Security personnel converted the Nunwan Base Camp into a fortress ahead of the annual Amarnath yatra.

Security forces — mainly police and CRPF personnel — have been deployed in large numbers around the Nunwan Base Camp located at the entry of Anantnag District.

Nearly 213 additional companies of paramilitary forces have been deployed to secure the 400 km-long Yatra route from Jammu to the two base camps of Baltal and south Kashmir’s Pahalgam.

Installation of CCTV cameras, metal detectors and X-ray machines has been in place to prevent smuggling and every tourist entering the resort will be frisked.

The first security checkpoint was established near the Langanbal bridge (the base camp for the pilgrimage) where police personnel check every vehicle entering or leaving Pahalgam. 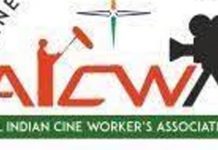 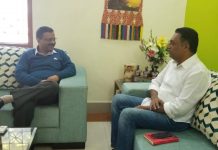