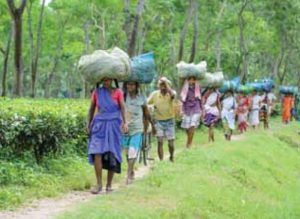 This anthology is one of those must reads in the times we happen to be living in, when those insider-outsider controversies are doing the rounds, when citizenship rows are the talk of the day, when the very term nationalism is getting hijacked by the political mafia controlling the very existence of hundreds and thousands of us.

To quote Preeti Gill, “Who is an Indian really? Why are we made to wear our nationality, our identity, on our sleeve? Why are we required to constantly prove ourselves as Indian nationalists,as patriotic citizens? Can we not just be human, people who live together as neighbours, very different, very distinct, but still inhabiting the same space in a peaceable, gracious way?”

In fact, Samrat elaborates on the insider-outsider factor in the preface to this anthology, “Among the stories from North-East India, a compelling and untold bunch revolves around the experiences of the ‘outsiders’ in the region. This is a fascinating case of role reversal; people from communities that are majorities in India or the countries around its North-East live in the region as oft-persecuted minorities. Theirs is a story, that begins, typically, with the partition of Indian in 1947. It is a story of those who suddenly, with drawing of new international borders, found themselves as nowhere people in hostile lands. These people and their descendants are still, seventy two years on, victims of Partition. Their experience of being and becoming refugees is, two or three generations later, still not over — the debate over the National Register of Citizens in Assam is proof.”

Yes, never before as in these so called hyped ‘developed’ times that we are witnessing this turbulent phase! Compounded by the politics of the day; chaos and confusion reigns on the insider-outsider issue. To quote Samrat on this, “The dividing lines between the insider and the outsider are often confusing and unclear, even for those who have grown up experiencing being the ‘othered.’ In the hills of the region, in towns such as Shillong for instance, the clash was often seen as one between tribal insiders and non- tribal outsiders. However the Chakma tribals, the Chin tribals, and the tea tribes of Assam have all faced the outsider tag in the North East, and the discrimination that goes with it.”

In fact, Samrat goes on to dwell on the complexities involved. After all, there are not just religious or regional identities involved but even linguistic and, of course, the big question focusing on the entire controversy of migration.

If one were to read the varying essays tucked in this anthology, several of the complexities connected to the insider-outsider issue, are bound to get cleared… yes, that haze gets clear. There is a whole range of thoughts and voices and sentiments and, of course, emotions.

Several of the essays are personal accounts and they are excellent and almost immediately connects one to the prevailing realities that entire families and clans have faced, rather are still facing in the North-East.

Space constraints come in way, otherwise I am more than tempted to quote from the essays of Anjum Hasan, Sonal Jain, Mahua Sen, Shalim M. Hussain, Mitra Phukan, Jahnavi Barua, Sanjoy Hazarika, Suhas Chakma, Ankush Saikia, Neeta Singh, Anindita Dasgupta …the list of the authors to this anthology is long and this in itself is a very positive sign, for there is a whole range of views and viewpoints, together with the backgrounders that carry details to an array of upheavals and turmoil and realities. In fact, each single essay in this anthology carries stories coupled with inputs which carry the vital inputs to this region and its people.

In fact, such books should be introduced at the school and college levels so that we get to grasp the finer picture to the North East. As of now, most of us sit ignorant to the ground realities and the prevailing situation in these states. As I have mentioned before it’s a must read, if we want to understand and grasp the complexities involved on the insider outsider front!

And I simply loved to see that this book has been dedicated to – ‘To the people of North-East India…all of them, Dkhars and Bongols, indigenous and migrants.’ 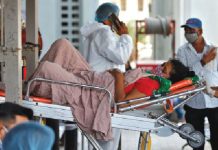