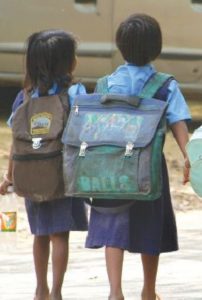 Introducing ‘gender equality’ into the new system at preschool level is critical in itself and will hopefully bring the change from the very beginning. This initiative of making children gender sensitise is to break the notion of prolonged gender discrimination which is eating our society inside out like a termite.

Creating awareness about gender will ensure that children do not become biased when they grow up and ease the process of women empowerment as a bigger picture. Ritu, resident of Mayur Vihar Phase 1, said, “I have faced gender discrimination at every stage of my life and I don’t want my child to be a part of the same process.”

The mother of three appreciated NCERT’s move and said, “Teaching children values and morals are very necessary at this stage for their bright future. More than anything else this will erase the idea of stopping anyone to do anything because of his/her gender.”

Shailja, a mother of two, thinks this is a “good initiative as preschool is the time when children go out of their house and spend hours with people from the outside world”. She said, “For a 3-year-old kid, preschool is the first time outdoor experience he/she has. So, the impression they receive there becomes their first-hand memory and experience of the society.”

A child shares space with other kids/people and develops his/her thought process for the very first time at preschool. The age of 3 to 6 is very delicate for a child to learn anything which he/she will carry lifelong. Shailja added, “Gender sensitisation is very much important and when it happens at an early age, it automatically makes the children responsible and stops gender-discrimination in the future.”

NCERT is the council which assists the state government to bring quality improvement in the education sector by suggesting and framing different policies and programmes. It has designed and framed the three-year preschool curriculum with a developmental approach where teachers and parents both play a vital role in achieving a positive outcome.

The curriculum connects teachers and parents through key concepts, goals, pedagogical process and practices to “implement gender sensitisation right from the childhood days”. “Parents and community is an equal party in whatever a kid is learning,” said an official from NCERT who did not wish to be named.

The purpose of introducing gender sensitise teaching methods are very much clear through the NCERT’s proposed curriculum, so the proper implementation of this initiative is necessary. The new guidelines have recommended schools to select books, plays and other activities free of any gender bias. It has also asked the schools to ensure that the teachers are using gender-neutral labels and provides equal attention and opportunity to boys and girls.

The time duration of preschool years is the “foundation years for children’s development.” Joyti Kant Prasad, Headmistress of IIT nursery school, Delhi talked about the implementation of the initiative, said, “Our teachers teach the children through stories, songs, activities, and facilitation aids that depict girls and boys in the same roles. We do not stick to the theory solely as we demonstrate each and everything for children’s better understanding.”

Demonstration certainly clears the concept to the children and practicing the theories make him/her perfect in whatever they learn at school. IIT nursery school believes in making the children comfortable with the school environment at the same time they indulge children’s in different activities like tree plantation, learning letters through songs and activities.

Mrs Prasad who is also a part of the expert team of the NCERT’s development team explained the methods of implementation of the initiative. She said, “We teach them tree plantation by making them do so, not by only telling them how to do it. These activities help children to clear their concepts. All the activities are organised in groups so that children should not experience any gender biasness.” She further said, “Recently while playing Ramayana, we didn’t specify that only girls can play Sita or Boy’s can play Ram or Ravan. We left it up to their choice; anyone can play any role he/she wants.”

Mrs Prasad emphasised on the parents’ role in a kid’s upbringing said, “Parents also need to become cautious of gender biasness at home. They have to practice the methods at home for a better outcome. We meet the parents time to time to aware them about our teaching methods so that they can also practice them at home. Preschool teaching is a 24*7 process, which goes on from school to home.”

With time “gender biasness has become a part of the society, this progressive move has raised many questions of its positive outcome.” “It is a good initiative; a bit late but at least we have given a thought about it,” said a teacher (who did not wish to be named) of MCD School in New Delhi.

“Gender-discrimination is in the air and we breathe it every day. More than the kids we need to teach the parents. There are 2% of parents who take an interest in all this activity and all. We can teach the kid in school many things but the problem accrues when they go home. Gender discrimination is a big problem in a practical world,” she added.

Though it is carrying shades of questions, NCERT’s initiative can be considered as a flame of hope. The duration of preschool is the most precious time for children as it is the time when they build their senses and base for their better future. Kids are like flower at this stage which needs a lot of care and love for their nourishment.

Hema Sain, PhD scholar in Gender and Disability from Delhi university refers to gender discrimination as a social construct. She said, “Gender discrimination is so deep-rooted in our society that we practice it without even acknowledging it. A kid will learn whatever he/she will see every day in his/her surroundings.”

She shed some light on various aspects of how gender biasness functions in our society. Mostly the “cartoons always have a male protagonist. Even the toys we usually gift to the kids reflect our unknowing practices of gender biasness.”

“A girl kid always receives a kitchen set and a boy gets a gun or bat-ball which automatically priorities their life choices. Why do we never have a girl with short hair becoming the ‘hero’ of the story?” said Sain.

Talking about NCERT’s initiative, Sain said, “This is a first step towards bringing change. It is going to be a very slow process but an effective one if implemented well.” “For kids books are everything. They take references from whatever they see and listen to. If we can give them a gender sensitise atmosphere in school and home, this will surely bring change,” she added.

Moving towards the future, children are the backbone of a progressive society. The methods like dramatisation of plays and stories in school without any biasness can kill the thought process of gender discrimination among children. The gender-neutral teaching at the early childhood days will help them grown stronger and sensible. The initiative will be successful when we don’t have to refer ‘neutral’ as ‘gender-neutral’. 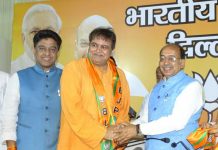