Indonesia’s military and disaster agency officials have confirmed that the death toll in the earthquake and tsunami that struck Indonesian city has mounted to 1,944, warning the number may increase with thousands of people still missing.

Thohir, member of the government’s official Palu quake taskforce reportedly said, “That number is expected to rise, because we have not received orders to halt the search for bodies.”

Meanwhile, the disaster agency has informed that the survivors of September 28 disaster have started to return to their homes. The number of displaced people has come down to 62,359 in 147 locations across Central Sulawesi.

Sutopo Purwo Nugroho, Indonesian National Board for Disaster Management spokesman, reportedly said, “[The survivors] cannot stay for very long in the displaced persons camps because [the children] must return to school soon, adding that emergency schools may be set up using tents.”

The disaster agency further said that the official search for the unaccounted would continue until Oct 11 at which point they would be listed as missing, presumed dead.

Red Cross said it had treated over 1,800 people at medical clinics and administered first-aid to a similar number in the immediate disaster zone.

In The Belly Of The Beast 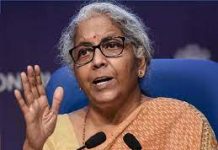