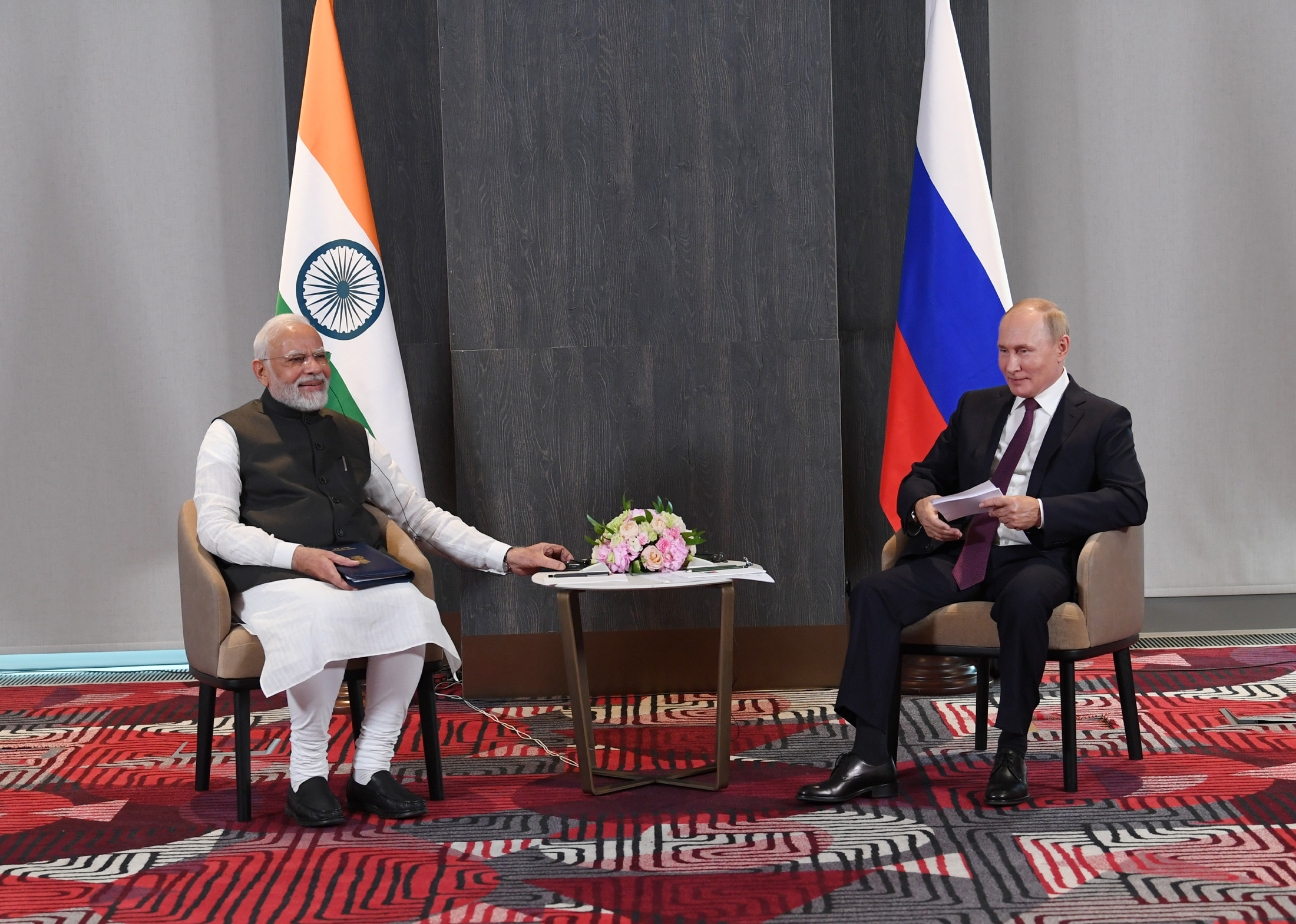 When PM Modi asked Russian Prez Vladimir Putin for immediate cessation of the conflict at SCO, it was a warning wrapped in a call for peace that initiative must be taken before the dark clouds of the nuclear holocaust envelop the mankind.

It was a loaded message from India to all the stakeholders of the ongoing seven-month old Ukraine-Russia war, when Prime Minister Narendra Modi, asked Russian President, Vladimir Putin, for immediate cessation of the conflict. It was a strong warning wrapped in a call for peace that effective initiative must be taken before the dark clouds of the nuclear holocaust envelop the mankind.

The significance of the meeting between Modi and Putin at the Shanghai Cooperation Organization (SCO) on June 14, 2022 at Samarkand in Uzbekistan, explains that India’s concern in this avoidable conflict was twin-fold. While it has triggered off a man-made human tragedy, also the use of the new generation weapons, especially from the USA, to Ukraine might further enrage the Russians.

It was quite ridiculous on the part of some leading American newspapers describing Modi’s suggestion as a ‘bold stand’. Little did these much-acclaimed media platforms realize that ‘a desperate Putin’, facing domestic opposition to the war as well as the recent setback to his forces, is being pushed to the brink, thus further eclipsing prospects of an immediate peace in the region.

Within a week of this meeting, Putin addresses the Russian nation for a partial mobilization of its reserved 2.5 million strong forces. He tells his countrymen that our motherland is under threat, and it is accompanied by a decision to hold the Russian-speaking population of Luhansk, Donetsk, Kherson and Zaporizhzhia provinces. These territories are estimated to constitute 15 per cent of the Ukrainian territory. Putin, who had promised the SCO to soon work for peace, appears to be facing massive setbacks, if not total defeat, on the war front. In his televised address, the Russian leader warned the West that he isn’t bluffing over using all means at his disposal to protect Russian territory. This was a veiled reference to Russia’s nuclear capability.

Within a few hours of Putin’s announcement for partial mobilization for raising a force of 25 lakh soldiers, there were reports of countrywide demonstrations against the war accompanied by a large number of young men, mostly in the age group of 30-35 leaving the country.

They are seeking first available flights to countries like Armenia, Georgia, Turkey and Dubai, not affected by the sanctions imposed by the West. The Russians could travel to these destinations without obtaining a visa. Those who could not get a flight are trying to escape via land routes to countries like Finland or Mongolia. According to the media reports,  there are traffic jams at the checkpoints on the borders.

Meanwhile, there are reports that the police cane-charged demonstrators in big cities like Moscow and St Petersburg, who were raising slogans, such as ‘let our children live!” and ‘send Putin to the trenches!’ Their videos are being uploaded.

It may be noted that the Russians have been demonstrating against the war since February this year, but the agitation has now become countrywide. Within hours of Putin’s address to the Russian nation, a huge demonstration took place in Moscow. The security forces arrested more than 1400 demonstrators, but the protest could not be suppressed. A press note from the organizers of the protests, Vesna, stated, “Mobilisation means that thousands of Russian men—our fathers, brothers and husbands—will be thrown into the meat grinder of war. What will they die for? For Putin’s palace?”  “It further exposed the poor performance of the Russians in the battlefields that  the authorities at first said that only professionals were fighting and that they would win. It turned out that they were not winning. So the war is no longer somewhere out there; it has come to our homes,” it further added.

Earlier, it is estimated that more than three thousand protestors had demonstrated against the war on February 24. The demonstration was organized by a political activist, Marina Livinovich, who was detained before she could reach the venue, Pushkinskaya Square.

India, perhaps, sensing the growing disenchantment of the Russian people regarding the war, has offered a window for peace to the countries engaged in this unnecessary war. It was reflected during the speech of India’s External Affairs Minister S. Jayashankar before the UNSC on June 22. He not only endorsed Modi’s request for immediate ceasefire, also indicated that negotiations could begin even under the auspices of UN; however, much will depend upon the USA. Unless, it permits, the major European powers, especially France and Germany, might not be able to take any substantial initiative. The West believes that due to growing anger among the people, Putin’s downfall is imminent.

During the past seven months of this European war, China has been quite vocal in supporting the Russian invasion, but it did not extend any substantial military assistance to its ally. Its support to the war could be one of the strategies to occupy Taiwan, but the commitment of the democracies worldwide to the independence of Taiwan might have deterred it from invading the island nation. It is also believed that China might have imitated Russia by marking its troops. It appears that for the time being, the Chinese have postponed Taiwan’s annexation plan. It cannot repeat the annexation of Hong Kong, where it deliberately ended the two systems under one nation much against its international commitment.

The Chinese have just been offering only verbal support to Russia, but according to the western sources it neither gave weapons nor ammunition to its ally. Meanwhile, according to the Japanese media, Russia is obtaining ammunition from North Korea for its artillery. The disclosure comes days after Russia received initial shipments of Iranian-made drones, some of which American sources said had mechanical problems. U.S. government officials said Russia’s decision to initially turn to Iran, and now to North Korea, was a sign that sanctions and export controls imposed by the United States and Europe were hurting Moscow’s ability to obtain supplies for its army. Moscow had hoped that China would be willing to buck those export controls and continue to supply the Russian military, but it is being noticed that although China was willing to buy Russian oil at a discount, but is quietly abiding by the sanctions aimed at Moscow’s military. It did not try to sell either military equipment or components.

Meanwhile, the U.S. Commerce Secretary, Gina Raimondo, has repeatedly warned that if Semiconductor Manufacturing International Corp., China’s largest computer chipmaker, or other companies violate sanctions against Russia, the United States will shut down those businesses, cutting off their access to the American technology they need to make semiconductors.

Amidst these developments, it appears the Indian efforts for peace might enable an honourable exit for Russia in this war. 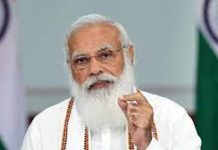