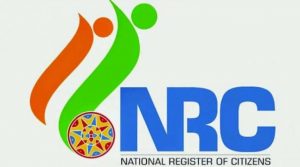 India’s highest court orders a massive citizenship register exercise in the far-eastern province of Assam paving rounds of debates over eliminating names of Bengali Muslims to transgenders in the final list of legitimate citizens. In another word, Assam is waiting for a rigorous debate over the National Register of Citizens (NRC-a record of legal citizens in India), the second and final draft which is scheduled for release today ( July 30).

The first NRC was prepared in 1951 following the same year census (after India’s independence in 1947). Assam, bordering Bangladesh, is preparing a new NRC following the direction (also monitoring) of the Supreme Court of India.

Earlier, the first draft of NRC in Assam was released on December 31, 2017, that comprised 19 million people out of around 32.9 million total applicants in the State.

The background for the NRC is traced to the Assam Accord, which was signed in 1985 by the Union government in New Delhi with the leaders of Assam movement. The historic memorandum of understanding, signed by leaders of All Assam Students Union (AASU) & Gana Sangram Parishad in presence of the then Prime Minister Rajiv Gandhi culminated the six years lone Assam agitation that erupted in  1979.

The accord reposed responsibility over New Delhi to detect and deport all migrants (read East Pakistani and Bangladeshi nationals), who entered Assam after the midnight of 24 March 1971.  In other words, the agitating leaders agreed to accept all residents of Assam prior to the dateline as Indian nationals. Need not to be mentioned,  the movement was run with the spirit of 1951 as the base year (which is applicable across India) to detect illegal migrants. The agitating leaders, of course,  succeeded in pursuing constitutional safeguards to the indigenous communities of Assam in the accord. One can see the influx of millions of illegal Bangladeshi migrants as a vital socio-political issue for Assam, Arunachal Pradesh, Nagaland, Meghalaya and Manipur provinces in northeast India.

The alienated region shares an international border of 5,182 kilometers (about 99 percent of its total geographical boundary) with Tibet (under China), Nepal, Bhutan, Myanmar and Bangladesh. Its border with Bangladesh is as high as 1,596 km.

Soon after the culmination of the movement, a regional political party named  Asom Gana Parishad (AGP) was born in 1985. The party provided space to all important AASU leaders and later they succeeded in grabbing power to rule Assam for two separate terms. But shamefully the AGP leaders did precise little to resolve the influx issue.

Now the AGP is a political ally to Bharatiya Janata Party (BJP) led State government in Dispur. Unlike the previous Congress (or AGP) regimes, the new government under the leadership of Sarbananda Sonowal took the issue of influx seriously. The BJP government (soon after taking charge in May 2016) pledged to make Assam free from ‘influx, corruption, and pollution’.

Initially, the final NRC draft was scheduled to get published on  June 30, but following the request of Assam government, the apex court extended the time limit for one more month. The NRC State coordinator Prateek Hajela, a bureaucrat, informed the court that because of the flood, which inundated many important centers in Cachar, Hailakandi and Karimganj districts of Barak valley, the updation works were severely affected.

Hajela also made a significant observation that over 1.5 hundred thousand people, whose names were figured in the first draft, may get deleted in the final list. He informed that over 65,000 people put unauthentic documents, which were dismissed with the family tree verification process. The rest either submitted completely invalid documents or they need more authentications.

Hajela’s submission instantly tempted veteran Congress leader and former State Chief Minister Tarun Gogoi to criticize the NRC updating process as faulty. He echoed the version of the Congress, which is known as compassionate to Muslim vote bank for decades, how those 1.5 lakh people got enrolled their names in the first NRC draft.

The Chief Minister of Assam’s neighboring State of West Bengal,  Mamata Banerjee also criticised the BJP-led governments in New Delhi and Dispur for hatching conspiracies against the Bengalis (read Muslims) in the process of NRC updation. The supreme leader of Trinamool Congress, also familiar with Muslim appeasement policies, even asked her party Parliamentarians to raise voices against the process and eventually organize public meetings opposing the exercise. Lately, she has directed Assam bordering district administrations to remain alert about probable pushbacks of Bengali people because of probable  NRC disturbances.

A coordination committee of minority organizations in Assam also came out with allegations that the NRC authority was functioning with frequent change of rules affecting primarily the Muslim families. They also asserted that NRC updating exercise would be useless if the
Narendra Modi led the federal government succeeds in passing the proposed citizenship amendment bill in the Parliament, which they claim as anti-Muslim in nature.

Various northeastern States, primarily Assam witnessed an uproarious situation following the Centre’s initiative to amend the Citizenship Act, 1955 with the provisions to grant citizenship to persecuted religious minorities from Afghanistan, Pakistan and Bangladesh after due processes. The citizenship amendment bill 2016 is understood to get passed in both Houses of Parliament by this year. The situation turned more inexplicable when hundred thousand people from different parts of the world recently signed an online petition, launched by ‘Avaaz- The World in Action’ (a campaigning community), to raise voices against the NRC updation process.

The petition titled ‘India: Stop Deleting Muslims!’  said that India would erase as many as 7 million Muslims in Assam from its master list of citizens because they speak the wrong language and worship the wrong God. Comparing the probable situation with that of the  Rohingya people in Myanmar, the petition asserted that the victim husbands, wives and children could be torn apart and left to rot in prison camps. The petitioners also drew the attention of UN Secretary-General and the international community urge to issue an early warning about the publication of the NRC in Assam, which might lead to mass violence, ethnic cleansing and the transfer of minority Muslims to prison camps for life. Earlier, four UN special rapporteurs wrote to New Delhi expressing their concern over the discrimination faced by Bengali Muslim families in Assam to get enrolled in the NRC. They also worried that India has no official policy to address the families who would be excluded from the final citizenship list.

In a letter to Indian Foreign Minister Sushma Swaraj, the UN rapporteurs claimed that the NRC updating process in Assam had generated increased anxieties among the Bengali Muslim people, who have long been discriminated against due to their perceived status as foreigners, even though they possess necessary valid documents.

Ugly debates also start pouring in various media outlets where a section of Bengali-speaking intellectuals and political leaders started crying foul at the NRC updating process. An eminent Bengali educationist Tapodhir Bhattacharjee along with politicians namely Siddique Ahmed, Rashidul Haq Bahadur etc alleged that the entire process was anti-Bengali in nature. Denouncing all disturbing speculations, the Union home minister Rajnath Singh in presence of Assam Chief Minister Sarbananda Sonowal and other high profiles asserted that every individual would get justice and have sufficient opportunity for all remedies available under the law.

“I would like to assure everyone that the NRC exercise is being carried out in a totally impartial, transparent and meticulous manner. The entire process is being conducted according to law and the due procedure is being followed,” said Singh in New Delhi on July 22  last.

The NRC authority along with Assam government also denied all allegations clarifying that the NRC updation was carried out under the supervision of the apex court. Refuting allegations of the Avaaz initiated petition, the State NRC coordinator Hajela asserted that it was absolutely incorrect and misleading. Some vested interests are trying to create disturbances by spreading such wild rumors, he added.

Also, thousands of Assam based transgenders expressed fear that they would lose their citizenship as they could not submit sufficient documents in the NRC updating centers. On behalf of those transgenders, Swati Bidhan Barua (who moved to the court following her family’s rigorous opposition to undergo a sex reassignment surgery in 2012) demanded that their names should be included in the final list. She asserted that most of the transgenders were abandoned by their respective families because of social stigmas. Moreover, those families have reportedly not included their names in the NRC updating process. So it seems to be very difficult for those transgenders to get enrolled their names in the list. Taking queue of the development, a forum of patriotic peoples urged all sections in the society to exercise restraint while commenting over the sensitive issue as various motivated political leaders, social activists, intellectuals and international campaigners start branding the exercise as anti-Bengali or anti-Muslims.

“It is observed that few local, national and also international elements are presently engaged with unwanted debates over the NRC, updating process in Assam. We must not deviate from the issue as the massive citizen register exercise has been monitored by none other than our apex court,” said a statement issued by the Patriotic People’s Front Assam (PPFA).

The forum came out with the demand for a comprehensive NRC applicable to the whole nation with the basis of 1951. Soon after the process in Assam ends, the experience should be shared with other States for further course of actions, commented the PPFA adding that it would help promoting security aspect and also developmental activities across the populous nation.