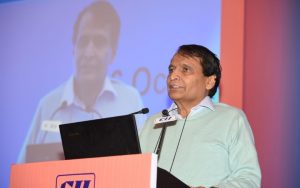 Suresh Prabhu, Union Minister of Commerce and Industry and Civil Aviation, on October 26 said that nation’s exports rose by 9.8 percent in the financial year 2017-18, which is the highest rate of growth in last six years.

The minister said this at Export Summit organized by Confederation of Indian Industry in New Delhi.

Union Minister Prabhu said, “This positive growth in exports has taken place at a time when there are a lot of negative headwinds globally.”

The minister further said, “The Commerce Ministry is working on a strategy to revitalize India’s exports and is working with key exporting ministries to formulate sectoral, commodity and territory specific export strategy. Meetings with concerned ministries have already been held where different ministries and stakeholders have been consulted after which a matrix of specific action points have been prepared sector wise, commodity wise and territory wise.”

He further added that he is personally monitoring the progress and regular meetings that are being held with sectoral ministries, export promotion councils and exporters. Certain issues which were affecting the growth of exports have been specifically taken up with the Department of Revenue and Ministry of Environment. 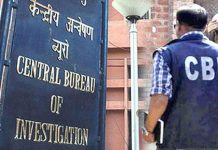