India’s Direct Selling Industry has recorded an annual growth rate of 7.7%, according to the Annual Survey 2020-21 on Direct Selling in India, released by the Indian Direct Selling Association (IDSA). The Indian direct selling industry stood at around INR 18,067 Crores in 2020-21 which is an increase of Rs. 1200 Crores over the INR 16,776 Crores sales figure achieved by the Direct Selling industry in FY2019-20. The survey reveals that 7.9 million Indians derive their livelihoods from direct selling. In a year dominated by the Covid19 pandemic and comprehensive lockdowns, the Indian Direct Selling Industry has managed to emerge stronger and maintain its growth momentum. This has been achieved by constant innovation, adoption of new technology and custom-driven adjustments to customer and market needs. This survey has been carried out by IPSOS Strategy 3.

The Industry has witnessed and recorded an overall Compounded Annual Growth Rate of 12%, growing from Rs. 10,300 gross industry revenues in FY2015-16 to Rs. 18,000 Crores recorded in Fy2020-21. Further, the industry also witnessed an upward growth trend in the number of active direct sellers growing from 7.4 million in FY 2019-20 to 7.9 million Direct Sellers in FY 2020-21, an increase of 6.32%.  In terms of gender ratio of Direct Sellers, the industry currently comprises 53% of Male and 47% of Female Active Direct Sellers.

Releasing the Annual Survey Report FY2020-21 on Direct Selling, Minister of State for Consumer Affairs, Food and Public Distribution, Ashwini Kumar Choubey said “By providing livelihood opportunity and skilling to almost 80 lakh Indians, the Indian Direct Selling Industry has proven that it has established itself in India’s socio-economic landscape. The Government has given policy clarity to this industry, by way of the Consumer Protection (Direct Selling) Rules 2021. The IDSA Annual Survey 2020-21, reflects one of the highest annual rates of growth over the years, rapidly making India into becoming one of the top Direct Selling markets in the world, and I congratulate the Direct Selling Entities and IDSA for this effort. I am confident that the Consumer Protection (Direct Selling) Rules 2021 will pave the way for further growth. I am also happy to note that the DS Industry has incorporated the use of technology to conduct digital transactions, promoted self-employment and the spirit of creating start-up businesses. This promotes the values of consumer rights as envisioned by our Government.”

Speaking on the release of the Annual Survey Report on the Status of Direct Selling in India FY 2020-21 , Rajat Banerji, Chairman of the Indian Direct Selling Association said, “Direct Selling has provided sustainable self-employment & micro-entrepreneurship and start-up opportunities to nearly 8 million Indians. The wellness & Nutraceutical products category contributed nearly 58% of the Indian direct selling sales, followed by cosmetics and personal care which contributed 22% of the sales. In terms of the region-wise mix of revenue, the Northern India region contributed to around 29% of the direct selling sales in 2020-21 while Eastern India contributed to almost 26% of gross national direct selling revenue. IDSA member companies have contributed 54.2% to gross industry revenues – Rs 9,800 Crores in FY 2020-21 – which is a substantial increase from the Rs. 8442 Crores recorded in FY2019-20 – a 13.9% increase YoY. The Direct Selling industry can proudly and confidently lay claim in successfully protecting consumer interest as well as that of the 79 lakh direct sellers”.

An interesting projection by IPSOS Strategy 3 – the agency that conducted the survey – the Direct Selling industry has the potential to grow to Rs. 50,000 Crore in gross industry revenues by 2030.

The Indian Direct Selling Association IDSA is an autonomous, self-regulatory body for the direct selling industry in India. The Association acts as an interface between the industry and policy-making bodies of the Government facilitating the cause of the Direct Selling Industry in India. IDSA strives to create and further an environment conducive to the growth of the direct selling industry in India, partnering with industry and government alike through advisory and consultative activities. IDSA catalyzes change by working closely with the government on policy issues, enhancing efficiency and ushering in desired credibility, clarity & confidence in Direct Selling. 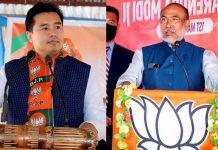