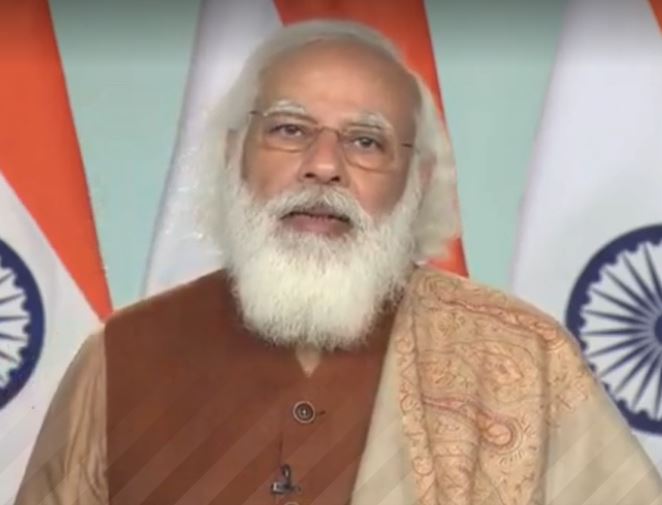 Speaking on the occasion, the Prime Minister said today is a moment to remember and cherish for a lifetime for over 1200 students. He believed that what the students learnt at Tezpur University will accelerate the progress of Assam and progress of the country.

Addressing the students, the Prime Minister said from now until the completion of 100 years of India’s independence, are also the golden years of your life. He urged them to spread the glory of Tezpur across India and all over the world, take Assam and North East to new heights of development. He asked the students to take full advantage of the possibilities created by the Government’s efforts at development of the North East especially in sectors like connectivity, education and health.

The Prime Minister elaborated on the concept of Aatmnirbhar Abhiyan. He explained while this movement is about change in resources, physical infrastructure, technology and economic and strategic might, the biggest transformation is in the realm of instinct, action and reaction which is in sync with the mood of today’s youth.

The Prime Minister said today’s young India has a distinctive way of taking on challenges. He used the recent performance of the young Indian cricket team in Australia to illustrate his point. The Indian cricket team faced so many challenges. They suffered crushing defeat yet recovered equally fast and won the next match. The Players showed determination despite injuries. They took the challenge head on and looked for fresh solutions instead of getting frustrated by difficult conditions. There were inexperienced players but their morale was high and they grabbed the opportunity given to them. They overpowered a better team with their talent and temperament.

The Prime Minister stressed that this stellar performance of our players is important not just from the point of view of the sports field. Modi listed important life lessons from the performance. First, we should have faith and confidence in our ability; second, a positive mindset begets positive results. Third and most important lesson, said the Prime Minister, is – if one is facing two options, one safe and the other is an option of a difficult victory, one must surely explore the option of victory. There is no harm in occasional failure and one should not refrain from taking the risks. We need to be proactive and fearless. If we overcome the fear of failure and unnecessary pressure, we will emerge fearless. This new India, confident and dedicated to goals, is evident not only in the cricket field, all of you are part of this picture, the Prime Minister told the Students.

This self-confidence and absence of fear in trading the uncharted path and young energy has strengthened the country in its fight against Corona. India overcame the initial apprehensions and showed that with resolve and resilience, resources are not far behind. India took fast, proactive decisions instead of compromising with the situation and effectively fought with the virus. Made in India solutions contained the spread and improved the health infrastructure.

The Prime Minister talked of new technologies that are creating new possibilities. Talking about the possibility of future universities which might be fully virtual providing students and faculty to be part of any university of the world, the Prime Minister emphasized the need for a regulatory framework for such transformation. He pointed out that the new National Education Policy is a step in this direction. This policy encourages maximum use of technology, multi-disciplinary education and flexibility. NEP puts stress on  preparing our education system for data and data-analytics. Data analysis will massively improve the processes from admissions to teaching and evaluation.

The Prime Minister called upon the students of Tezpur University to help in fulfilling these goals. He said that, after finishing their formal education, they not only work for their future but for the future of the country. He advised them to keep their ideals high which will protect them from the vicissitudes of life. 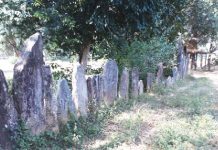