A sixteen-year-old Indian shooter Saurabh Chaudhary aims at gold and in the bargain creates a new Asian record in 10-meter air pistol in 18th Asian Games at Jakarta today.

With this gold Indian tally of gold medals has reached to three and put India at sixth place.
Bronze in this event has also gone India’s way. Abhishek Verma accumulated 219.3 points to win the Bronze medal. Silver went to Japanese shooter Tomoyuki Matsuda with 239.7 points. Saurabh scored 240.7 to clinch gold.

Chaudhary is the first Indian to win gold in the air pistol event at the Asian Games. The only other Indian to get a medal in this event is Vijay Kumar, who won Bronze at the 2010 edition in Guangzhou.

At one stage another Indian shooter Verma hit 10.7 to move to second place. However, a slight fumble of 9.1 in the next shot pushed him to the third position and Chaudhary improved his position by scoring 10.6 when four contenders were left.

Final turn came into the game when Japanese shooter could hit only 8.9 in his last but one shot. Here Chaudhary held his nerves and scored 10.2 and 10.4 in is last two shots to win Gold.

70 killed, 100 injured in high-intensity dust storm in UP, Rajasthan 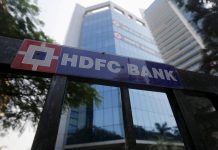