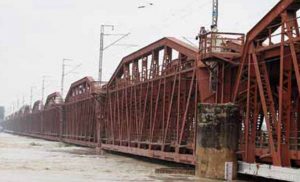 Indian Railways on July 30 announced that 27 trains have been canceled and seven others have been diverted after the Railway’s temporary closed the Delhi’s old Yamuna bridge, also called as Loha Pul. The bridge has been temporally closed as the water level in the Yamuna river has reached 205.53 meters with the danger mark being 204.83.

“At 12.20am, the old Yamuna Bridge temporary closed for rail traffic as the water level has reached 205.53-meter mark,” a Northern Railway official reportedly said.

Officials confirmed that a flood control room and around-the-clock emergency operation center have been set up to monitor Yamuna’s situation.

Near about 3,000 people were evacuated from low-lying areas of Delhi near the river bank to makeshift camps as the water level in the river continued to rise on 29 July, reaching its highest level in the last five years a day after breaching the danger mark, government officials said.

One killed by three Nihangs in Amritsar 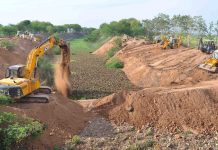 All eyes on Apex Court as Punjab, Haryana dig their heels...