In the first incident involving MIG-29ks, the fighter aircraft with a trainee pilot crashed while taking off the runway at Goa’s Dabolim airport on Jan 3.

According to the Indian Navy’s tweet, the pilot was safe.

“The pilot has ejected to safety. Fire on the aircraft is being extinguished,” a Navy officer said.

A Mig29K aircraft with under-trainee pilot goes off runway while taking off at Goa airport. Pilot ejects to safety. Fire on aircraft being extinguished @DefenceMinIndia @SpokespersonMoD

Normal flight operations were suspended due to the accident. 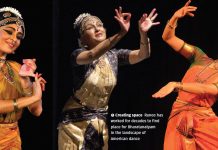