‘The government should encourage initiatives that empower women’
Ajay Poonia, 24, Noida
Professional quizmaster; works for a digital marketing company
Why do you think the Delhi bus gangrape case caught such attention?
What shocked me what the fact that it happened. And every day since, with the newspapers and news channels covering it, it stills shocks me. It happens every day, everywhere. Why it caught so much attention could be because of two things. One, that it happened in Delhi, in such a prominent posh location. The second factor is the brutality of it.
Why do you think so many rapes and sexual assaults happen in India?
Ours is a society of suppression of women kind in general. The freedoms of women are curbed. And since men don’t interact with them much, they don’t understand what it means to be a woman in this country. That is where the mindset stems from.
Many people feel women’s freedom is responsible for the rise in sexual crime. Your take?
I’d like to believe that women expressing themselves will curb the crime rate. Freedom for women can only be a good thing. Men have to understand what women are like and what they go through in a society like ours.
Do you think women are responsible in any way for being assaulted by men?
No.
What are the freedoms you would be comfortable with for your sister/girlfriend/wife?
If my mother, sister, girlfriend, friend, is roaming at 11 at night in Delhi, I should ideally say I’m ok with it. The fact that there is danger to them, means their freedom is being curbed.
Do you think Indian women have enough freedom or should they in fact get more freedom?
I think it should be a top-down approach. The government should encourage initiatives that empower women. So that over time it gains acceptance and gets inculcated in the society and the way people think about women. Women deserve equal rights and equal space in this society. So education and upbringing become really important in the way they form social mentality, which is where the government should also focus. There are so many places where women don’t even know they should be and can be more vocal about what they want. They accept the life they have been prescribed.
What were you taught to think about women in your own family? Do you think women should have equal freedom as men? Has your thinking changed in any way as you have grown up and been exposed to other ways of thinking?
My formative years were in a boys’ school. So I, too, was brought up secluded from one half of our society. But, on entering college, I suppose I was lucky with North Campus in Delhi University. It exposed me to a freer atmosphere, where guys and girls coexist without it being a big deal.
Lots of women today like to enjoy their bodies — wear nice clothes, many of them are comfortable with having relationships before marriage or outside of marriage. Do you think this is good or bad for society?
I think it’s good. It supports what I say there shouldn’t be suppression of women. It’s freedom of choice. If they want to express themselves they should be able to, and if they don’t want to that too should be ok.
If any woman/girl in your family told you she had been molested by someone within the family or outside, how would you react?
An outsider would be immediately reported. But, if it’s a family member I would first involve the people immediately concerned. If it’s an extreme case then file an FIR. If it’s a very mild form of harassment, a collective decision would have to be taken as to what is to be done with the perpetrator and what the best interests of the victim are.
Would you like to take up the issue or protect the family or woman’s honour? What do you think makes it difficult to take up issues of sexual abuse?
Being quiet is not one of the options for me. The question would be how severe the punishment should be.
Do you think pop culture has any role to play in the way society behaves?
We are affected by what we see on TV. I think any medium, body, individual that has such influence over a society’s thinking has a responsibility to society. Pop culture and cinema do not own up to this responsibility. That is why they blatantly objectify women.
What is your concept of an ideal man — in terms of how he deals with women?
Such a man would deal with her like he would deal with anyone else. By that I don’t mean be inherently aggressive or anything. He should extend basic human courtesy without gender bias. Don’t’ consider a woman as an ‘other’. His behaviour shouldn’t reflect special treatment because the woman is not one of his own people.
How do you think this problem of rapes can be fixed?
It’s a problem that can be fixed only through long term investment. Maybe we should actually implement a lot of initiatives that the intelligentsia of our country proposes. Caring, which is what we need as a people, is a hard to measure term. It cannot be calculated. What’s the amount we need to care to become a better people? As for sensitization, I suppose it should start from an early age. As soon as children grow aware of the environment around them, and how biased it is. That’s when education and awareness have to take root. 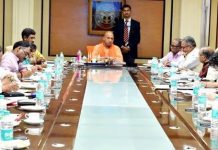