Indian Women Hockey team has created history by reaching the quarterfinals of 14th Vitality Women Hockey World Cup at London after 40 years. In a crossover match played on Tuesday night, Indian eves stunned Italy 3-0 to meet Ireland in quarterfinals. A reverse flick goal by teenager Lalremsiami in the 9th minute put India ahead. The lead was consolidated in the fag end of the third quarter by an opportunistic goal by Neha Goyal who drags the ball from beneath Italy’s goalkeeper after a melee in front of Italian goal. Umpire had to watch TV replay to award the goal in India’s favor. The last Indian goal came from the stick of experienced campaigner Vandana Katariya who deflected a penalty corner hit into the net in 55th minute. 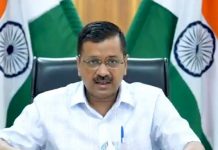