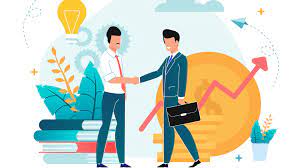 The Indian direct selling industry maintained its 12th place in global rankings with retail sales of over USD 3.25 billion in 2021, a report released by the Washington DC based World Federation of Direct Selling Associations (WFDSA) said.

India, besides, having an estimated a retail size of sales of over 3259 million also registered the highest CAGR of over 15.70 percent, over the last three years, among the top 15 direct selling countries. The country, despite of the challenges caused by the COVID-19 pandemic, has shown to be resilient and sustainable and could realise an annualised growth of nearly 7.7 percent, the highest amongst the countries having estimated retail sales over USD 3 Billion, highlights the report.

Reports indicate that India, while at 12th place in the global rankings, placed 6th in the Asia Pacific region, while the top five positions are held by Korea, China, Japan, Malaysia and Taiwan. The United States continues to lead the list in the global direct selling industry with a 23 percent share, with sales of USD 42.67 Billion. Korea overtook Germany for second place, while the latter slid to third place. China, which ranked second in 2020, tumbles to fourth place due to COVID-19 and some other unrelated events. Japan, Malaysia, Brazil, Mexico, France, Taiwan and Canada are in the other top places above India respectively.

Overall, the global direct selling industry has reported a marginal growth of 1.5 percent to reach to the level of USD186.10 Billion in 2021.

In a statement, the Indian Direct Selling Association (IDSA) said that with a CAGR of 15.7% over the past three years, the highest among the top 15 direct selling countries, India’s direct selling market is growing steadily and potentially inherited to set a strong momentum in future and likely place itself in the top five international markets in next decade.

“Despite the extreme adverse business environment posed by the COVID19 pandemic, the Indian direct selling industry, except for the minor blips at first, has shown resilience and sustainability. The CAGR of 15.7 percent and the Year-On-Year growth rate of 7.7 percent, reaffirms the industry’s commitment to further heights while protecting the consumer interests and those of the direct sellers who have relentlessly sweated out to contribute to attain the mark,” said IDSA Chairman, Rajat Banerji.