The Indian Army has decided to reduce its supplies from state-owned ordnance factories from 94 to 50 percent as centre has not granted additional funds in budget 2018-19. The decision is taken to ensure that the money spent on ordnance should be reduced and instead it should be used to procure the adequate stock of critical ammunition and spares for a short intense war.

The move will largely impact the supplies such as clothing (combat dress, berets, belts, shoes) to soldiers.

Army officials while explaining the motive behind the reduction of supplies said, “The Army has no other option but to reduce the supplies from ordnance factories. Of the three projects, only one has begun. The official explained that payment for the emergency procurement for this project has been distributed over the years due to shortage of funds.”

“For remaining payment of the two projects, the Army is contemplating on how it will fund it as the Centre has asked it to spend from its own budget,” the army official said.

Jammu and Kashmir: Three terrorists killed in encounter in Anantnag 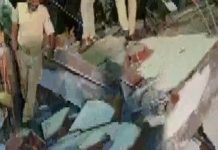