The Indian Army gunned down two Pakistani soldiers on August 13 night in Tangdhar sector along the Line of Control (LoC) in retaliatory action.

There have been several attempts by the Pakistani Army to facilitate infiltration leading to exchange of fires, Army spokesman added.

On August 13 morning in a similar kind of incident, an infiltration bid was foiled by Indian Army soldier, Pushpendra Singh in the same sector. But unfortunately, he died during the operation.

On August 6 four soldiers were killed in an exchange of gunfire with a group of militants trying to infiltrate near the LoC in Gurez sector in north Kashmir’s Bandipore District. 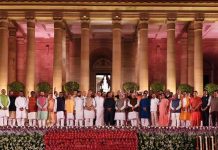