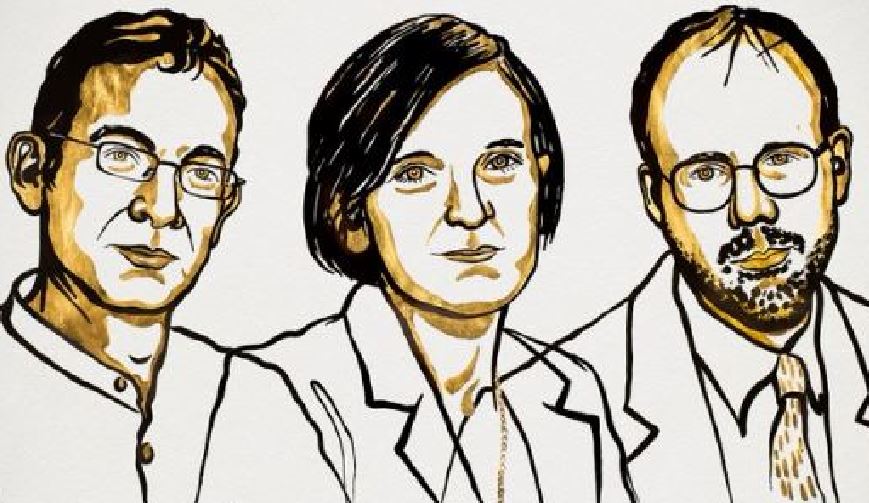 “The 2019 Sveriges Riksbank Prize in Economic Sciences in Memory of Alfred Nobel has been awarded to Abhijit Banerjee, Esther Duflo and Michael Kremer “for their experimental approach to alleviating global poverty,” the Academy said.

“The research conducted by this year’s Laureates has considerably improved our ability to fight global poverty. In just two decades, their new experiment-based approach has transformed development economics, which is now a flourishing field of research,” the Nobel committee said in a statement.

Banerjee, 58 and his wife Duflo, 46, are both professors at the Massachusetts Institute of Technology (MIT), while Kremer, 54, is a professor at Harvard University in the USA.

Duflo is the second woman to win the Nobel Economics Prize.

“The Laureates’ research findings – and those of the researchers following in their footsteps – have dramatically improved our ability to fight poverty in practice.  As a direct result of one of their studies, more than five million Indian children have benefitted from effective programmes of remedial tutoring in schools. Another example is the heavy subsidies for preventive healthcare that have been introduced in many countries,” the statement reads.

The 9 million Swedish krona, to be shared equally between the Laureates, it reads.