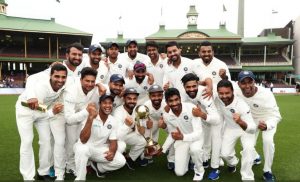 Indian cricket team on Monday won a historic first ever Test series in Australia after a fourth and final game at Sydney cricket ground was declared a draw due to incessant rain.

“Play has been called off in Sydney and the fourth Test ends in a draw. India retain the Border-Gavaskar Trophy with a historic 2-1 series win!,” ICC tweeted.

“For his 521 runs, with three centuries in four Tests, Cheteshwar Pujara is Player of the Series!” ICC added.

After winning the test match, Virat Kohli said, “I’ve never been more proud to be part of a team than this one right here. They make the captain look good.”

Australia was at 6/0 and were trailing by 316 runs while following-on. This is the first time since 2005 that Australia is following-on.

Wins in Adelaide and Melbourne had given Virat Kohli’s side a 2-1 lead going into the final Test and he became the first Asian captain to win a Test series in Australia. 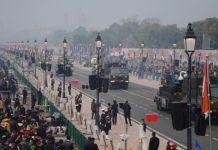