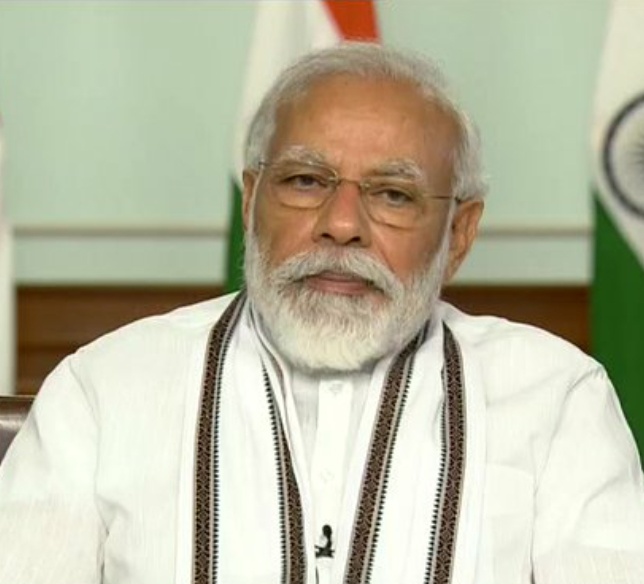 Prime Minister Narendra Modi on Friday held an All Party Meeting via video conferencing to discuss the situation in India-China border areas. Presidents of various political parties participated in the meeting.

Prime Minister Mod in the meeting said,  “today all of us stand united with the soldiers defending our borders and repose full faith in their courage and bravery.” He added that through the All Party Meeting, he wants to assure the families of the martyrs that the entire country stands with them.

At the outset, Prime Minister clarified that neither is anyone inside our territory nor is any of our post captured. He said that twenty of our brave soldiers made the supreme sacrifice for the nation in Ladakh but also taught a lesson to those who had dared to look towards our motherland. The nation will forever remember their valour and sacrifice.

Prime Minister said that the entire country is hurt and angry at the steps taken by China at LAC. He assured the leaders that our armed forces are leaving no stone unturned to protect the country.  Be it deployment, action or counter action, through land, sea or air, our forces are taking the necessary steps to protect the country. He emphasized that the country today has such capability that no one can even dare look towards an inch of our land. He said that today, Indian forces are capable of moving together across sectors. While on the one hand, the army has been given freedom to take necessary steps, India has also conveyed its position clearly to China through diplomatic means.

Prime Minister said that India wants peace and friendship, but upholding sovereignty is foremost. He highlighted that the government has given primacy to development of border area infrastructure  to make our borders more secure. Provision has also been made for fighter planes, modern helicopters, missile defence systems and other such needs of our forces. Through the recently developed infrastructure, patrolling capacity at LAC has also increased, he said, adding that through this, we are better informed about the developments at LAC and consequently are able to monitor and respond better. The movement of those which used to take place without any disruption earlier is now checked by our jawans, which at times leads to build up of tension. He noted that through better infrastructure, supply of material and essentials to jawans in the difficult terrain has become comparatively easier.

Prime Minister emphasized the commitment of the government to welfare of the nation and its citizens and said that be it in trade, connectivity or counter-terrorism, the government has always stood up to outside pressure. He assured that all steps necessary for national security and construction of necessary infrastructure, will continue to be taken at a fast pace. He reassured the leaders about the capability of the armed forces to defend our borders and that they have been given a free hand to take all necessary steps.

Defence Minister Rajnath Singh said that the nation will never forget the sacrifice of the martyrs. External Affairs Minister Dr. S. Jaishankar gave an overview of agreements between India and China on border management, informed about the directions given by the Prime Minister in 2014 to give highest priority to development of infrastructure in border areas in the regions identified and approved by the Cabinet in 1999, and also shared details of recent developments.

The leaders of the political parties hailed the bravery displayed by the armed forces in Ladakh. They reposed faith in the leadership of the Prime Minister in this hour of need and expressed commitment to stand united with the government. They also shared their thoughts and ideas on dealing with the situation.

Sonia Gandhi said that the leaders are still in the dark about the details and questioned the government about intelligence reports and other related matters. Sharad Pawar stressed that issues of whether soldiers carried arms or not are decided by international agreements and the parties need to respect sensitivities involved in such matters. Conrad Sangma said that the Prime Minister has been working on infrastructure in the Northeast and that must go on. Mayawati said that this is not the time for politics and she firmly stands with the Prime Minister on whatever decisions he takes. MK Stalin welcomed the recent statement by the Prime Minister on the issue.