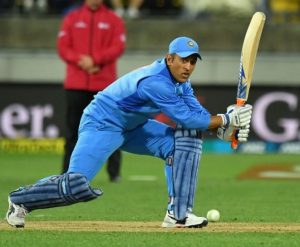 India beat New Zealand by seven wickets in the second T20I at Eden Park to level the three-match series 1-1 on Friday.

Rohit Sharma brought up a blistering 50 off 28 balls but was out soon after. He is now the highest run-getter in men’s T20Is, going past Martin Guptill’s mark of 2272.

Rohit Sharma 50, Rishabh Pant 40 not out