As part of India-US defence cooperation, Indian and US will hold a joint military training Yudh Abhyas 2018 from September 16 to 29 in the foothills of Chaubattia in Uttarakhand.

This will be the 14th edition of the joint military exercise hosted alternately by both the countries.

The Yudh Abhyas 2018 will simulate a scenario where both India and US will work together in counter insurgency and counter terrorism environment in mountainous terrain under UN charter.

Ministry of Defence in a press release said, “Both armies have vast experience in active counter insurgency and counter terrorism operations and sharing each other’s tactics and drills in such diverse environment is of immense value. The exercise is a great step for the armies of the two democratic countries to train together and gain together from each other’s rich operational experiences. The latest exercise will help further build interoperability between the forces of both the nations.”

Nearly 350 personnel of the US Army and similar strength of the Indian Army will participate in the two week long exercise.

The curriculum of the military exercise is progressively designed and planned to help participants to get familiar with each other’s organizational structure, weapons, equipment, confidence training and tactical drills.

The military training will culminate with a final validation exercise in which troops will jointly carry out an operation against terrorists in a fictitious but realistic setting. 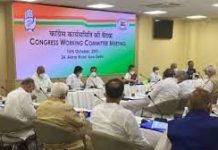