Union Finance Minister Nirmala Sitharaman on Monday assured the investors in the energy space that the government will honour its contractual commitments.

Sitharaman said, “the Government will ensure that the commitments made to the investors are honored,” adding to it, she said that Energy sector is on top of agenda, and we are in the cusp of energy transition.

While addressing the CERAWeek’s India Energy Forum in the national capital on Monday, she said that India is becoming an attractive destination for foreign investors. Highlighting the recent announcements to bring down the Corporate Tax rates, she said that atmosphere to invest is friendlier now. She also talked about the amendments in the Companies act and IBC Code, stating that the focus is now on compliance.

Reiterating the Government’s commitment to COP-21 targets, she said that renewable energy sources are being encouraged.

The finance minister said that India wants to widen its basket of energy sources. Lauding the Government’s initiatives to provide cooking gas fuel and electricity to all the people of the country, she said that the Government had taken up these initiatives on mission mode, benefitting a large population.

Speaking at the sidelines of the session, Minister for Petroleum and Natural Gas Dharmendra Pradhan appealed to the union finance minister to take this up in the GST council and at least make a beginning by including natural gas and ATF in the GST. He said “It’s been two years since the introduction of historic tax reform the GST was implemented by decisive leadership of Prime Minister Modi. Given the complexity of petroleum sector and the revenue dependence of state governments in this sector, petroleum products have been kept outside the ambit of GST regime. There has been continuous demand from the petroleum industry for inclusion of petroleum products under GST regime.” 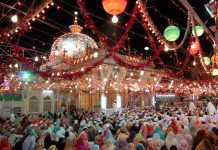