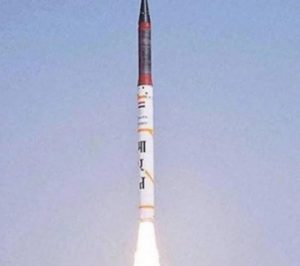 The defence sources said, “the strategic surface-to-surface missile was flight tested from launchpad number-4 of the Integrated Test Range (ITR) at Dr Abdul Kalam Island, earlier known as Wheeler Island, at about 8.35 am.

Agni-IV missile is 20 meter-long and weighs 17 tonnes, it is equipped with state-of-the-art guiding, navigation and communication systems.

All radars, tracking systems and range stations tracked and monitored the flight performance of the missile, which was launched with support of a mobile launcher.

Radars and electro-optical systems had been positioned along the coast of Odisha for tracking and monitoring all parameters of the missile, the sources said.

“Two naval ships were anchored near the target area to witness the final event,” they added.

The missile is equipped with advanced Avionics, a 5th generation onboard computer system and distributed architecture.

This was the seventh trial of Agni-IV missile. The last trial conducted on January 2, 2018 by the strategic force command of the Indian Army from the same base was successful. 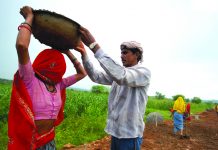