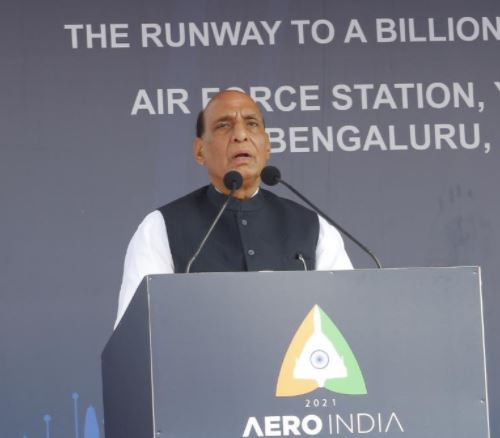 While speaking at the ‘Aero India’ show, Rajnath said, “We have taken many steps to strengthen our security apparatus recently. Domestic manufacturing of bigger and complex defence platforms has now become the focus of our policy under the “Atmanirbhar Bharat Abhiyan”. We plan to spend 130 Billion Dollar on military modernization.”

“The sector has been further opened for foreign sector participation and we are encouraging foreign OEMs to set up wholly owned subsidiaries or enter into strategic partnerships with the Indian companies,” he said.

Rajnath said since 2014, the Government of India has brought in many reforms in defence sector to create a conducive ecosystem for exports, Foreign Direct Investment and offset discharge

The Defence Minister said, “I am very happy that HAL has got the orders for development of 83 new indigenous Light Combat Aircraft (LCA) – Tejas MK1A from Indian Air Force valued at more than Rs. 48000 Crore, it is probably the biggest “Make in India” Defence contract till date.”

“With focused attention being laid on promotion of exports of Indian defence products, India is steadily marching from ‘Make in India’ towards ‘Make for the World,” he added.

“A high level committee has been constituted, which would authorise exports of major indigenous platforms to various countries, leading to faster approvals for their export,” Rajnath said.

The Minister further said, “Our vision is to make India one of the biggest countries of the world in the Defence sector, from design to production, with active participation of public and private sector.”

“To achieve the twin goals of self-reliance and exports, we have set a target to achieve a turnover of Rs 1,75,000 Crore, including export of Rs. 35,000 Crore in Aerospace and Defence goods and services by the year 2024,” he said.

The Minister said he was happy to see that this edition of Aero India has laid the strong foundation of this great vision with Indian Ocean Region Defence Minister’s Conclave. It is themed on “Enhanced peace, Security and cooperation in the Indian Ocean Region.

The Minister said that 2020 was a challenging year for the entire world and saw adverse impact on the lives and livelihood of the people as well as industrial growth and economy of many countries.

Rajnath Singh expressed gratitude to the Defence Ministers of Maldives, Ukraine, Republic of Equatorial Guinea, Iran, Comoros and Madagascar, who were present on the occasion, and many others who joined in virtually. 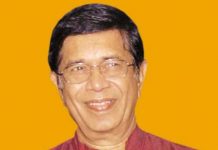