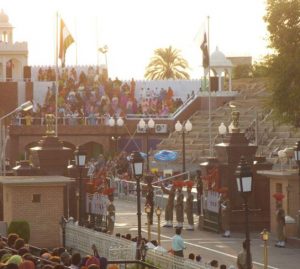 India and Pakistan have decided to install new gates at Attari-Wagah border.

Both the countries have decided to replace their oversized gates and broad pillars for better viewing of the daily spectacle of Beating retreat which is watched by thousands of spectators on both sides.

The decision to install new gates was taken during the Director General-level meeting in Delhi by the two border-guarding forces.

The process to replace these gates has already begun on both sides of the border and new gates are expected to be installed by August end.

The gates on both sides will be almost identical in design, barring the emblems of the two nations.

Meanwhile, a new U-shaped viewing gallery with an enhanced capacity of 25000 visitors is also likely to be inaugurated in August. 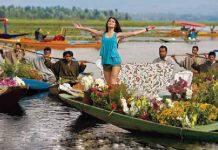