Aristotle, the Greek Philosopher, famously said that “Poverty is the parent of revolution and crime”. He along with Socrates and Plato had done much of the groundwork for philosophy in those times and today we find that much of our ills in society are because of poverty.

It is at such a time that the concept of Universal Basic Income (UBI) has attracted attention of policy makers, analysts and the common people alike. The Economic Survey released prior to the 2017-18 Budget too debates this alternative to welfare schemes meant for citizens of India.

No one will dispute the need for social security for the vulnerable sections of society though skeptics would doubt its implementation because it involves a huge cost. The survey expects the Universal Basic Income to cost between 4 and 5 per cent of GDP. Naturally, it raises pertinent questions. Are we ready for such a game changing idea? Do we have resources and financial muscle needed for its implementation?

Finance Minister Arun Jaitley had been quick to lay speculation to rest and hoped that the Universal Basic Income (UBI) scheme mooted by the Economic Survey will be implemented over the next one year in at least in some parts of the country on an experimental basis. The Economic Survey, authored by Chief Economic Advisor Arvind Subramanian, had suggested that the Centre may come out with Universal Basic Income scheme under which the government would provide a minimum cash to poor people to meet their basic needs.

According to the Finance Minister, under the proposed system Univeral Basic Income could be given to people and subsidies could be phased out. The issue of subsidies has always remained contentious as in certain sectors like the farm sector and for poor, the subsidies can not be done away. Many states provide subsidy in lieu of free power to farm sector and food grain at cheap rates to poor.

Now the Prime Minister Narendra Modi-led government has laid the foundations for a Universal Basic Income in India and the Finance Minister, Arun Jaitley has promised its implementation, though on an experimental basis. A good beginning at last as the idea of offering a regular payment from the state to all citizens regardless of their employment status is slowly but surely taking shape.

According to the Basic Income Earth Network, a universal basic income is a “regular cash payment unconditionally delivered to all citizens on an individual basis, without means-test or work requirement.” In simple words, every citizen in the country would be entitled to a periodic payment, irrespective of social or economic status of the person. There is no need to prove your unemployment status or your socio-economic identity to be qualified for this benefit of the Universal Basic Income.

The novel concept tentamounts to a paradigm shift in the way the government spends its revenue that it generates from taxes. Currently the money that the government garners through taxation is direceted to fund the government services. The money for different subsidies is also funded from the revenue generation by the government.

Will the Universal Basic Income mean that the government would be moving away from subsidies and other services? Will the government only provide its people the money to access those services? Or will it be the combination of the two? Could a basic income be suitable for a country of the magnitude of India? Would it not divert country’s focus from crucial sectors like health, education and infrastructure building? Another question would be if the Universal Basic Income scheme is launched will it be in lieu of all subsidies or investments made by the government? Or will it be a separate programme? These are the questions that need to be debated.

A dominant argument in support of basic income for all is that it would serve as a sort of insurance against lack of work leading to denial of livelihood and subsistence. With globalisation taking roots in India, along side its gain, the flip side is that employment levels have fluctuated and there have been lay offs and effect of slowdown in West percolating down to India too. Our record has not been bad as a welfare state despite pitfalls of resource crunch and over pooulation. Since independence the country has undertaken projects aimed at improving the health, nutrition, and education levels of people and it has meant a heavy funding from the government in the form of Direct Benefit Transfers or subsidies.

Though critics may point that it is difficult to implement in India but the fact is that it would be very easy to adopt unlike targeted welfare schemes that need extensive groundwork to identify actual beneficiaries the Universal Basis Income scheme would be an across-the-board basic pay and would be launched without any faux pas.
With a single stroke of pen, the Modi Government would be able to counter corruption, plug loopholes in social welfare measures and ensure that benefit reaches the targeted audience. It would be an apt example of good governance and unmatched citizen welfare measure. The only thing needed is determination to go ahead.

A universal income would give citizens, the freedom to spend it the way they choose to and to choose the kind of work they would want rather than be forced to take up jobs that are not to their likings. Little doubt it would enhace productivity and individual happiness.

The Arvind Subramanian report suggests that “Today there are at least 1000 schemes that the Central government runs for the poor…It is not clear that the money actually reaches the poor. So the question is whether the UBI is a more effective way of reaching the poor that the current schemes that government employs…We have historically focussed on individuals who are poor by virtue of accident of their birth — they are dalits, adivasis, etc. But what is happening now is that the accident of birth has become less important than the accident of life. People fall into poverty due to reasons like drought, declining opportunities in agriculture, disease and so on…. So the safety net provided by the government should be quite wide and that is why this UBI has some merit.”

Before implementing the novel scheme, the government has to ensure access to education and health to all citizen at nominal prices if these programs are not to be subsidized and also to pump in massive investment in developing its infrastructure before the Universal Basic Income concept is implemented.

Another suggestion would be to decide whom to target as in a country as large country as India, some baseline on socio-economic parameters has to be arrived. With all these precautions, we can say that time has come for out of box thinking and implementing schemes like the Universal Basic Income scheme in India. 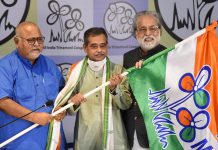